A villageless Shinobi is born 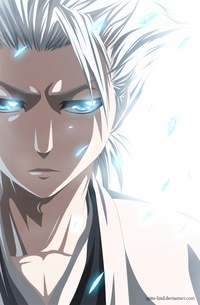 A villageless Shinobi is born

His thoughts were scrambled as he slowly came to. The first thing he noticed was the pain that had enveloped his entire body. The second thing he noticed was that he was laying in water, maybe the sea, he did not know. He tried to open his eyes but they refused to cooperate with him. The sound of the waves crashing on the beach were like gongs in his head. How long had he been there? What had happened? He could not think, the pain was too immense.

Slowly, his eyes began to open, and he wished he had kept them shut. As soon as he could see, he remembered. Everything came flooding back to him like a shock wave. His village, his comrades, his mother... they were no more. How had he survived? He was sure he had been killed once the black flames had overcome the village. Ah, he remembered, he had jumped into the sea and tried to make an escape. But still, something happened, why had he lived? He tried to sit up, but he could not, the pain was everywhere.

He tried to move his left arm, but it was broken in many places, he knew the feeling of a broken bone. Sorrow swept over him as the screams of the village came flooding back to him. The last thing he remembered was seeing the house he had grown up in burn to the ground. His mother was already dead, but he could not leave her, he had to give her a proper burial. His mind had not been sharp in all of the chaos. Then, the building burned to the ground, and his mothers body was no more. The only thing he had left to do was escape.

Ah, he remembered now, debris from an explosion had come crashing down on him. His speed was not enough to get out of the way and it had landed on him. That was why he thought he had died, surely the rubble had crushed him. Maybe he was dead, maybe this was where someone went when they died, cursed to forever roam the wretched land that had been destroyed. But the pain.... was the pain part of death? No, he had to still be alive, and for the first time in his life he wished he had been killed.

He laid there for what seemed like days until his body slowly began to work. Slowly, he forced himself up, and after a grueling process he stood to his feet. His legs almost fell out from under him when he laid eyes on the village. The pain of seeing the village hurt almost as bad as the pain in his body. What was he going to do now? He had never left the village, and if he did leave, would the people who had done this be looking for survivors? Hope: it was something he did not have in that moment. Everything had been taken from him and he was alive to witness it all.

One step, two steps, five steps, twenty. He counted the entire way because every step was just as brutal as the last one. It sent pain throughout his with every step. He did not know where he was going, but he knew one thing, he had to find someone who would help him. He needed medical attention. His only hope was that no one discovered him, a fight would surely end in his death, and he did not want to die. Because with every step he took, the anger grew stronger and stronger. He would avenge his village, one way or another. 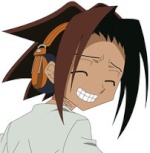 Ok alot of problems here, Kiri is no more, the entire content was sunk, you never made an escape topic from Kiri thus your dead since you stayed in the village.
Also no black fire, the village was destroyed with Lightning, Darkness, and a Bijuu laser.
Sorry about this bub but your character is dead as it says in the village rules.

I was not here when the topic was going down. I escaped in the original topic and when I came back there was a complete new one that went down. Plus someone used Amaterasu in the siege topic so I just went with that.

I have been asking everyone to help me find my spot for the past three days for my character and no one really said anything besides find another village. I just did the only thing I could with what I had.

This was the first topic. I escaped and then all of the sudden there's a new attack while I'm gone and I have to escape again? Seems lame, no?

Hm, I'll allow it since the initial attack got voided so it is basically the same thing.
Though edit it around a bit cause your gonna basically be dead due to this topic, in your escape you tried to make it to the islands, in this topic you state you never made it out of the village and got crushed by debris thus your gonna be sunk with the village since you were knocked out before even escaping it.
The village and the big island it was on is on the bottom of the ocean, so yeah your not going to even see the village.

Alright. Ill just void this post and go with my original escape, that cool?

Sounds good, just didn't want ya to randomly die cause of this lol

Yeah man, you had me worried for a second.