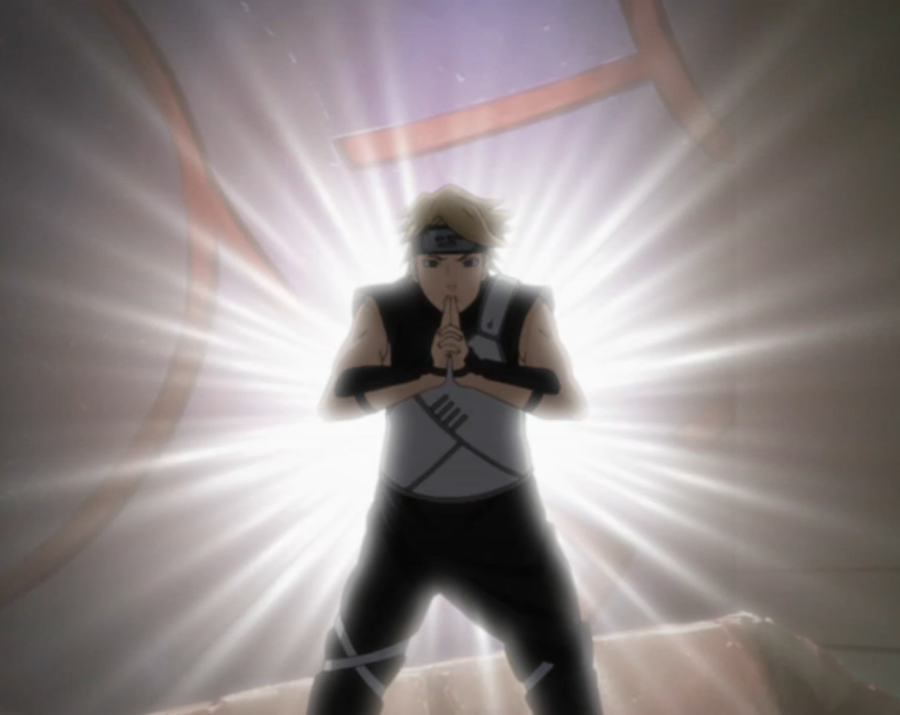 A beam of blindingly bright light will instantly radiate from the user, expanding omnidirectionally in a 40-meter diameter.

Upon use, a resounding flash of lightning will originate from the user and illuminate all areas in which the jutsu range covers. All (except for the user) whose eyes are subject to the bright flash will be caught within the effects of the genjutsu. At this point, the user can project illusions into the targets' heads to see images that deviate from reality. However, these images must pertain to the setting at hand. For example, if the jutsu is cast within combat, then the scope of the jutsu must apply to that environment. Altered images can include but are not limited to showing the user's false outcomes (such as being hit by an attack), a change in the environment's climate/terrain, etc.

Additionally, when caught within the grasp of the genjutsu, the target's senses will be extremely inhibited. This includes sight and hearing, as the effects of the jutsu are comparable to being hit with a flashbang. There will be an incessant and loud ringing of the ears coupled with the inability to see anything except for solid white light. Note that these effects pertain to the illusion itself and extend out towards reality. The explanation behind this stems from the powerful flash of lightning that disorients the target to trigger the genjutsu in the first place. Therefore even if the target escapes the genjutsu, their senses have still been affected by the initial flash. Quantitatively this affects the target's reactions, as they subject to a -50 debuff towards their speed and chakra stats for the duration of this technique.

The target's symptoms will be based on their chakra stat. If the target has chakra less than or equal to this technique's power, then their vision and hearing will be entirely impaired by the jutsu, making them incapable of seeing or hearing. If the target has chakra greater than the power of this technique, then their vision and hearing remain intact, but the debuff's effects still apply.

I don't see any problems with this technique, trial approved.