Why do you wish to be staff and occupy this position: I enjoy participating on the site very much and have become very impressed with how this staff team has managed to turn things around from my previous time here. Ultimately, I'd love to be able to lift some of the burdens off staff by stepping up to do my part to help out. Hell, I usually spend hours looking for something more to do on the site anyway. Might as well offer a hand in doing some helpful, eh?

Links: Below are some of the creations I'm more proud of.

-Starshine- Medical remedy capitalizing on the changes to the health system.

Thank you very much for your consideration. 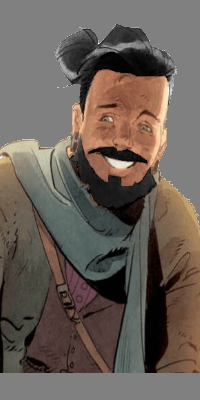 Why do you wish to be staff and occupy this position: So first off its looking like now most people get held up in the trial approval stage, then receive a pretty quick full approval on creation center requests. Given that we are down a few trials through promotion and stepping down, and that I was looking to try and become trial after I got a bit more time under my belt, I think that the current situation is the time for me to do so. I think I have a fairly refined sense of balance and exploitable sections in techs that would make me a good choice for someone to review techs, and I am fairly active now that I am back with a much better attitude. I wish to occupy this position both to help alleviate the trial que, and also because I legitimately think I am a good fit for the position when it comes to grading techs from an on-site perspective, but on site I'm still looking to clean up my image a bit by servicing the site as opposed to contributing to some of the stress from it.
Links:
Here are some links for stuff I have had approved
Passing Fang - A taijutsu technique that is neither a maneuver or enhancer, was open to changes suggested by trial staff and shows flexibility of jutsu, also highest ranked Familiar maneuver.
Birth of Disgusting Sense: Scent - An offensive sensory technique that went through a lot of work post approval, shows again willing to compromise this time with a full mod, while still preserving the vision of the tech.
Seal of Transfer - Tech that accessible to all fuin users, idea that has been circled around for a while but I finally put it to paper
Puppy Dog Eyes - First Familiar Debuff, also adorable tech
Feral Instinct - First Familiar Enhancer
Character App - Just cause I've seen Guren throw this up, and I respect the hell out of him 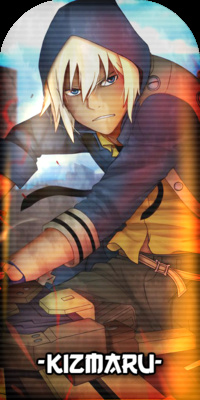 Why do you wish to be staff and occupy this position: You guys seem to be short staffed.
Links:
Character App
NPCer
Approval
Revamp
So
Many
Revamps
NPCer
Approval
Approval
NPCer

Why do you wish to be staff and occupy this position:[/b]Well I have opened up my schedule from the last time I was NPCing, I love Rping and creating characters which this allows, It also gives me a chance to show people other possible builds. As for being a Trial mod, well you have to pay your dues, and to be able to help out staff to crank out Well balanced techniques and skills while giving the ability to the rest of the site to get more applications out to reach their builds they are aiming for. I would also apply for Approval Mod however I feel that Ita has that on Lock and does really well with it.
Links: Stein
Skill Creation
Skill Revamp
Clan Revamp
Jutsu Revamp before it was split in two
Custom Jutsu
NPCing a Old Character for Kozai's Story purposes

Also Under Ayato's Instruction made Flying Thunder Formation, Worked with Ayato on Thunder Release (Which he did amazing with on his own, Also in the middle of making/remaking Thunder Techniques), Also volunteered helping with Others on other creations and giving insight in ways to attempt to balance their skills and techniques, as well as frequently discuss build ideas with others.[/b][/b][/b][/b][/b]

Why do you wish to be staff and occupy this position: I like helping. That's really all there is to it. I wanna help facilitate things whenever possible. I feel I could do these positions with no issue.
Links: I don't really have any recent links to post except for the few claims I've made thus far, but I'll post the one fight I've actually seriously NPC'd (Kinda hoping that bijuu fight where I rp'd the 6 tails against an opponent it couldn't possibly fight doesn't count.

Holy Crap what a mess
Shadowing a Queensman
Teacher For a Day
I'm Not A Holy Helper, I'm A Madrigal

Why do you wish to be staff and occupy this position:
(I needz monyyyyy)

I want to be able to work with the other staff members to help make NRPG fun and give some ideas to the site. I really enjoy my time here, even when it seems I don't, and I bring a creative mindset to the staff.  I've also got experience on-site from years of being on here (2017).