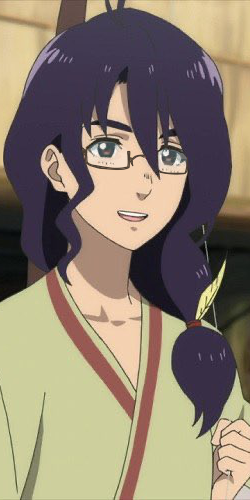 Challenges: -
Task: A local gang is asking for your help. A villager had the group do some work for them and now they aren't paying up. Every time they try to confront the villager, he always seems to escape, and now its time for you to finish the job. Find the villager and get him to pay up but whatever means necessary.

Valley country was punctuated by a bitter, creeping cold sweeping down from the mountains. It was familiar and strange in the worst of ways, ruminating in what would have been her stomach until all that remained was a dull nostalgia for things she’d lost long before the people around her had been born. Her form was wrapped in a gentle green- the traditional robes of Ninshu monks, and it offered her a modicum of respect and awe alike amongst the locals.

The yellow dye was harvested from lowland tubers, commonly found across the south of the continent. The blue dye was extremely potent, and harvested from a species of flowering berry that only grew at high altitudes. The colors symbolized harmony between earth and heaven alike; as, in a way, that was what humanity was.

Ume strode with purpose throughout the city. It wasn’t the capital by any stretch, but its location near several vital crossroads made it a trade haven. A man had promised the local merchants guild to pay off his loan, and fallen short. The guild wanted to make an example of him- but she quickly offered herself first.

Perhaps they expected her to fail, or perhaps the robes meant something. She was given two days to track him down and convince him to pay his dues or they would carry through with their original threat. And- she didn’t want that.

She’d taken the Ninshu vows of nonviolence. Now was her chance to uphold them- or fail trying. It took a few hours of gently asking around and some snooping before she had a possible likely lead as to his location. Something like excitement churned within her body, feeling not unlike wriggling snakes, and she forced it down tight until she couldn’t feel it anymore.

Her bloodline wasn’t- EVIL, per se. But she wondered what her life would have been like if she was born without it. She’d certainly be dead by now, but… Would she have been happier? Would it have been worth it?

Try as she might, she couldn’t think of an answer. She knocked on the door firmly, waiting with a century’s worth of patience for the stranger to open the door.

It was then she offered him an ultimatum: the merchants were planning on making an example. She would help him pay off his debt to spare both himself and his family, but he’d have to make an effort. The man swallowed, agreeing after a moment of silence. He had a little over two thirds of the money, and she discreetly slid him the remaining portion.

A few days later, she hadn’t seen hide nor hair of him- but there weren’t any rumors of public whipping, nor had his house changed owners.

She remained uncertain until she met him a little over a week later, and he gave her a grin. He slid an amount of ryo towards her- the exact amount she had offered to help him pay off his debt.

Ume nodded her thanks, smile evident on her features, before moving on.

Challenges: N/A
Task: An old villager needs help carrying around their groceries from the market to their home. Follow the villager around to the various shops they need to go to and carry their wares to their home to receive your reward.

It was odd, she mused, and very sombering to note the difference between them. At her side walked an elderly woman, skin sagging from time and weather alike and hair stained gray. Ume effortlessly balanced a large volume of groceries on her shoulders- her bloodline, as complicated as she felt about it, strung up her muscles and made physical exertion easier to manage. The woman next to her was in her sixties. Many would assume she was assisting her grandmother or another relative, but… She was nearly twice as old. She swallowed heavily, deliberately not thinking of things that happened a long time ago.

She was old, but in theory, still young by her clan’s standards. She could live indefinitely as long as her heart didn’t wear out- which thankfully, it hasn’t so far- and as long as she wasn’t killed. With the characteristic bloodlust stereotypical to her clan, many never saw past their first century or two- in a way that made her lucky. But her family- blood or no- didn’t have that bloodline. Ume definitely had great grand nieces and nephews and who knows what else running around, and perhaps they knew of her, but ultimately, she was too scared to face them.

More accurately, too scared to lose them. The mismatched pair walked seemingly without rhyme or reason throughout the city, the aged woman seemingly having forgotten her way home or otherwise found the normal streets too busy to bother with. People passed, faces passed, living only for a second in her memory before they were regaled to the hind of her brain. Would her original brothers and sisters be like that one day? Ume paused in her steps. Thankfully, the woman she was helping didn’t seem to notice, and she continued shortly behind her.

Once more, the traditional Ninshu robes of Valley country helped afford the pair passage. Whether it was respect for the elderly or spiritual, they were granted a little more wiggle room in their paths. It was another five minutes before the two arrived at a small shack- numerous noises and voices rang from inside. She came from a large family, evidently. Ume politely carried the groceries inside for them, placing the food items on a table where they could be put away and organized by the actual residents of the home. The clanned monk left unceremoniously a few minutes later after assuring that the family was fine on their own from there on out, and found herself alone with her thoughts once more as the white noise of the city filtered in from all sides.

She was surrounded by people, but she felt utterly alone. She still had a few days left before she’d be expected to check in at the temple, though. She’d come down from the monastery mostly on a whim, curious how much she’d missed in the past few decades, before memories and pain she thought had faded long ago spiked up with each innocuous reminder.

Recovery was a slow process when you lived for hundreds of years.

Holy Matrimony, or something ;

Challenges:
Task: You find yourself in a small town in the middle of nowhere, not large enough to be even a blip on the radar of any of the major villages or anyone of note. The townsfolk are naturally distrusting of outsiders and as such have been nothing but cold to you since your arrival. A large wedding seems to be happening in a neighbouring town, and you have been hired to deliver the dowry. Of course, it's up to you whether or not you follow these instructions. Do you keep it for yourself? Deliver it on time? Or simply slaughter everyone you meet for 500 words like the murder hobo you are? The choice, and the consequences, are yours.

Link to Legacy Mission: Holy Matrimony, Or Something