Arantima had posted some Signs in places he knew where Ninja would congregate, hoping to attract some semblance of attention to his current endeavors.

Seeking an Arena partner to test myself against. I can offer little in the way of compensation other than the experience gained from the fight. The VR arena allows us Suna Ninja the opportunity to fight without restriction or fear of death, so I invite anyone who would wish the chance to fight a no hold barred match to come to the VR arena at Noon. I will remove this posting after a week has passed. Accepting almost all challengers. White hair, red eyes, i am quite hard to miss.
Arantima was leaning on the Entry to the VR arena proper and kept an eye open for anyone that seemed to be seeking him out or was holding a copy of the flyer he had left out, as he had left out several such copies. He had to be prepared for anyone to answer that Message and he was not sure that he was, but he was going to give his best and hope that it was going to be good enough. He was not Kitted out in his full armor and weapons, knowing he could get those programmed into the VR arena when the time came, but he did have his Twin Demon lance slung over his back, just in the case that he might need it.

He had been training hard for the last few months and felt that he was almost there.. But there were things missing from his training and he hoped that these styles of sparring matches would help him figure out exactly what it was that he felt was missing from his current arsenal. He was Covered in defense and Utility and offense, or at least that is what he felt but he had to be certain, and the only way to know was to try..

Your Story:
New Steel
A Simple day helping out around Sunagakure
Poster Patrol Position
A Few Patrols Around the Village
Patrolling the Dome
Disturbed Graves and Dynamite
Finding One's Clan
We're Off to Eat Sand
Sand Gremlins
Taming the beast within
Bow and Spear! Sharpening the Distant Blades!
A Beast at Training
Bleed the truth from them 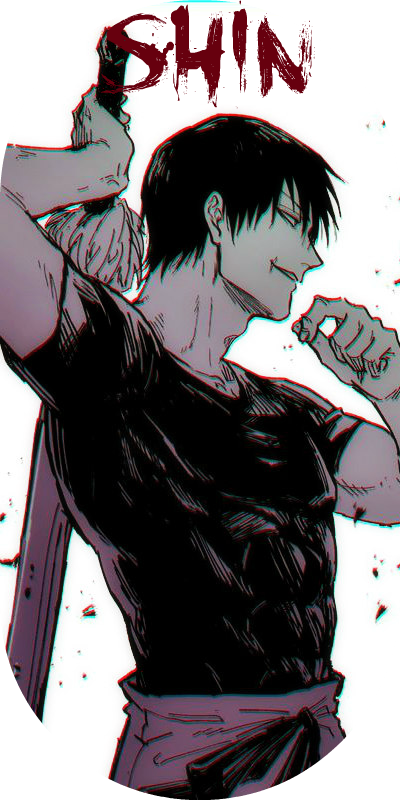 Shin could be seen making his way through the streets of Sunagakure with a light smirk upon his face, his featureless eyes not giving away that he was looking down at the flyer clenched in his right hand. This was what he needed, a spar against someone that actually knew what they were doing… or at the very least, someone above the standard chaff that made up the lowest rank of the Arena. And, on top of that, it was in some type of fancy virtual arena that would allow himself and his opponent to fight to the death without any drawbacks. He had no idea who posted this truthfully, but the flyer had given him the knowledge that the person was a Sunagakure shinobi of some type… hopefully it wasn’t just a green Genin, but honestly, even that would be a learning experience. He hadn’t had much experience in ACTUALLY fighting those who were trained as Shinobi… he was more skilled at simply assassinating them than fighting.

With his Byakugan in it’s ‘inactive’ state his blank eyes were rather unassuming, making him look more like a blind-man than a Hyuuga, but even in this state he saw more than anyone aside from a Hyuuga could ever hope to. Before he even turned the corner of the alley he was in he could see the boy leaning against the entrance, watching everyone. It was a face he recognised, the Genin named… Arron, or something like that, from a mission he did some time ago with Itsumi and Enrai. They had only really met in passing, and they hadn’t spoken much in the mission itself… hmm, this would be interesting.

As he turned the corner he would make his way straight towards the boy, and his smirk would widen as he lifted the flyer up a little higher and extended it.

“Would I be correct in assuming this was left by you?” He would ask, his smooth voice filling the air between them as his empty eyes gazed ahead 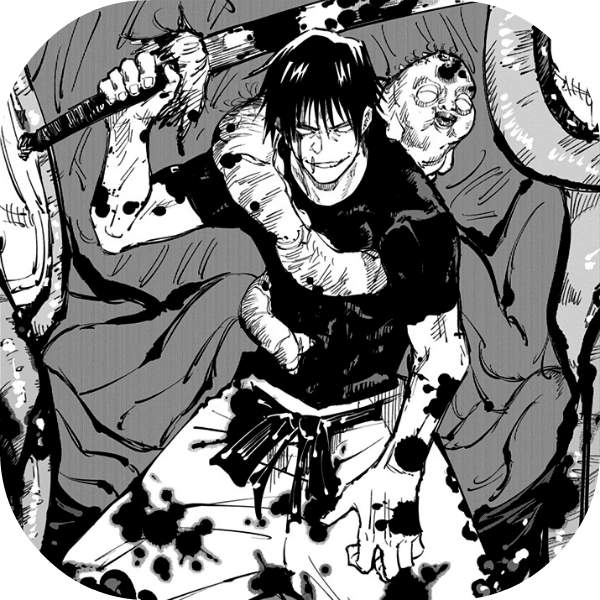 I don't work for free

Shin is quite the imposing figure, naturally pale skinned and standing at a rather towering 6’3, his body covered in thick and impressive muscles. His eyes are stereotypical of a Hyuuga, being completely white and featureless, something that made many who were unaware of the Hyuuga think him to be blind. He has naturally thin black eyebrows along with straight black hair that he keeps fairly short and unstyled, only really reaching down to his ears. He possesses only one scar, a deep and sharp scar over the right side of his mouth, just near the edges of his lips.

Note: Unless specifically stated in a topic it is assumed Shin looks exactly as described above

Items on your person: -None-

Arantima looked up towards Shin and nodded once "I am indeed the one who put that flier.. I just hope I give you a good enough fight to matter for your time. I am Arantima by the way, I believe we met once.. but we didnt talk much during that mission." Arantima had looked shin up and down once let out a soft sigh, he vaguely recalled this one from before.. And recalled as well that they kept themselves close to the chest so he had nothing to really go off of as to their skills, that wouldnt matter though not at the end of the day. He would either win or lose this encounter and more than likely lose.. But it would give him a valuable base line that he could use to gauge his readiness for more dangerous missions.

Arantima gestured for shin to follow him "I've already booked out the VR seats.. If you are unfamiliar with them I can walk you through them if you would like.. But luckily They made it pretty much wear and play."If Arantima was nervous at all it wasn't showing. What was showing was a determination to do something.. anything to prove where he was.. There is a sense to the way he walked that if the Monster of Sunagakure had shown up he still would have walked into this fight the same way, like a samurai knowing he is going to die.

So long as Shin was following Arantima would lead him to the VR Chairs and gesture for shin to settle in as Tima did with his VR seat. He got the headset positioned and ready and made sure that Shin got his in turn before plugging into the VR system!


Arantima opens his eyes and looks around the VR arena which appears as a large round 100 meter Diameter arena stamped with a bronze seal of the Sunagakure ‘Impossible Triangle’ symbol in the center. Surrounding the edge is a 10 meter trench of water being fed continuously from the outer walls, the water trench meets at one end to form a 30 meter wide expanse of water. On the arena itself are several archways, pathways, statues, trees and shrubbery sporadically spaced but leaving plenty of clear ground for fighting.

Arantima is standing currently on the large Bronze seal and looking around for Shin to see when the man appears in the VR space. He is someone who believes in fairness and if Shin is not all that familiar with the space he would allow him to get acclimated to it before starting the fight proper.

Shin would give a light smirk at the boys introduction, extending his hand shortly after he first gave his name

“The names Shin. Good to officially meet you Arantima.” He would say with a fanged grin, his own elongated canines making the smile appear a little more intimidating than that of a normal person, but alas, he couldn’t bring himself to care. This kid seemed like a good sort, and he actually wanted to get stronger, which is more than he could say for a lot of the idiots that he’d come across over the years.

As the kid offered to walk him through it, Shin would nod as his grin grew even wider,

“I’d honestly appreciate it, never really been the type that understood all that technical shit and last thing I wanna do is break anything… I don’t think Mizuki would hesitate to rip my balls off, and I think Junko would help her do it.” The Assassin would say with a light chuckle and a shiver, knowing full well that while he was joking about it the two women in question wouldn’t hesitate to actually do it.

He would do as Arantima said and follow him, before taking his ‘seat’ as was gestured, being sure to watch as the boy put his own headset on, just in case he somehow managed to screw it up by being impatient.

After putting it on and being ‘plugged in’ Shin would find himself in an entirely new area, some type of giant Arena, although not quite on the same scale as the Bloodworks. He could see the kid waiting near the centre, on a rather large bronze seal that had the symbol of Suna etched into it. With an easy grin Shin would approach, knowing full well this wasn’t the time for any trickery or sneak attacks. They were here to train, and Shin wasn’t looking for something as simple as an easy win against an unsuspecting opponent… he wanted to fight someone that could fight back, and he hoped that Arantima could provide him with that.

He would come to a stop roughly 2m from the kid, where he would extend his hand once more

“I look forward to the fight, and please, don’t hold back in any way. Use any dirty tricks you want, and expect the same from me.” He would say with the same grin as earlier. Provided Arantima took his hand, Shin would give it a single shake before releasing, and with that he would move to position himself 4m back from his current position, hoping that Arantima would do the same. Provided this was done, the two would be 10m away from each other.