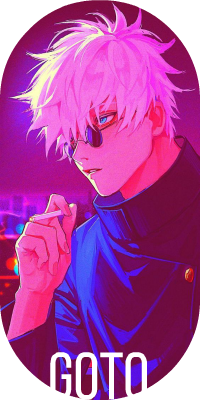 With the upcoming changes and the ones that already happened or took place Goto made his rounds through the village looking for people who wanted to help out and build a better future for Konohagakure. Although majority of their forces had either left or consisted of inexperienced shinobi, the silver haired figured it would still be worth checking out. After all, one never knew they were about to run into a hidden gem or someone showing promise. Dressed in his Jounin Flak jacket the Senju paid close attention to his surroundings, wondering if things would finally run smoothly for those living in the Leaf.

By then the youngster noticed not a lot of people were out on the streets, perhaps some were busy training or in the worst case, up to no good. Considering it hadn't been that long ago his close friend and Hokage had to stop a traitor from leaving Goto couldn't rule a similar event from happening out. Which is why the newly appointed Deputy made sure to keep an eye on everything happening around him. 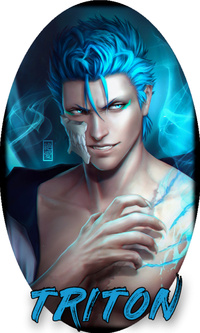 Triton had no other choice but to leave his apartment and walk around to gather some time and air. He decided it was best to leave the village since nothing was happening so far. The young man made his way where he stumbled across a shinobi, a silver-haired individual. He paid no attention to him and simply watched the birds above him fly by. He was hungry to kill whoever tried to step in his way, as he intended to leave the village and find a new home. It was never the same as he always knew since his Hokage left him when he needed him.

At one point during his stroll Goto would come across what appeared to be a troubled young man, his face clearly giving away the frustration he was walking around with. It would hardly be something to be blamed for, the silver haired more than understanding of how it must feel having to live in the current situation their village was in. The circumstances weren't ideal, that much he knew. However, regardless of the unfavorable position Konohagakure found itself in, the Deputy still wanted every leaf shinobi and citizen alike to walk around proud of their home. And that was something the person in front of him was missing.

Goto would address the man, an almost expressionless tone as the boy spoke up. "Excuse me, where do you think you're going?". He didn't sound reprimanding nor soothing, trying his best to understand how the man was feeling.

Triton stumbled across a man who stopped in his tracks; it seemed he never understood what he was going through. He looked at him up and gave a mean look at him. As the Kaguya took his taijutsu posture, he replied in a calm tone. " Going home, now leave me be." As he said that, he would walk away from the shinobi, smiling, heading back to his apartment.

The reaction the man gave him was not one Goto could appreciate, especially considering the threatening posture that might have been used to provoke him. Such rude behavior wouldn't be something the Senju would simply stand for, even though he recently became Deputy Kage the silver haired at least expected some amount of respect, even more so from a Genin who seemed to have decided on his own that, instead of training and helping the village, he would just walk around like a lowly beggar who'd only blame others for the situation he was in. Considering there would be no honor in attacking someone from behind, similar to how no respect was shown to the young Deputy tasked to bring Konohagakure back to where it belonged, the Senju did a last attempt of stopping the man. "I'm afraid where you go is no longer for you to decide" Goto voiced, a threatening tone to convey his message loud and clear.

Just in case he failed to change the brute's mind the silver haired youth would raise his hands, holding them close to each other as a means of precaution if the situation required him to take action.

Triton had enough hearing from the silver-haired deputy in front of him, who decided to tell him how or where he must go. It was at the point where he wanted to explode and rush towards the man. He hadn't been outside for some time and needed to get some fresh air. If the Kaguya needed to spill blood, then the deputy of Konoha shall be his first victim. As the deputy would be speaking, he turned around, rushing towards Goto; since their distance was only 1m apart, he'd throw a hard left hook to his Jaw, attempting to knock his ass out with a clean punch; if so, Triton would miss due to his speed and natural slowness ability compared to his deputy, he'll throw countless fury of punches aiming for the deputy's face all the way down to his tiny poopoo below. He wouldn't back down from a fight until death hit him on his throat. After all, he was known as "Long Trident."