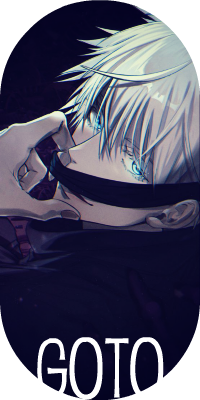 The night was about to come to a close, battles fought and won. Most of the cultists had been taken care of by their combined efforts, it hadn't been pretty but no one ever said they had to be. A song of ice and fire, the Konohagakure Yuki and the Sunagakure Fire expert creating a song of clashing elements. From the corner of his eye Goto noticed Mitacho had taken care of things on his end while the inexperienced Genin was also about to finish and do the same. It wouldn't be that far-fetched to assume it would be the boy's first experience with real life combat, well for as far they could consider the whole event real life.

Nevertheless, that day would most likely shape him for the rest of his shinobi journey and something he would be able to use moving forward. The smell of blood and burning flames filled the room, crisped bodies here and there as a result of their hard-fought battle. It appeared the only creature, the silver haired refused to call it human, still standing and putting up somewhat of a fight was the centre figure taking on the Frost Queen aka Jounin of Konohagakure. However, the kunoichi eventually ended the battle in her favor all the while ordering the others to take care of the magic circle.

Mitacho and the younger boy would handle the last part, the Senju staying out of it since three people might be slightly overkill. After finishing and destroying the circle it was time for the group of shinobi to check on the aftermath. Before any of them could say their goodbyes or discuss everything taking place Goto could feel a change in the air, implying the effects were about to wear off now that they successfully completed today's mission for as far as it could be called like that. "Perhaps our paths will cross again in the future" the Leaf deputy would smile in response to Mitacho, hoping they'd meet again.

His eyes closed before opening them up again, realizing he no longer was in the cursed village but back in Konohagakure. Vague memories of what took place in his dreams, assuming that's what they were. The Senju wondered if the others he spent time with in his nightmares had the same feeling, fuzzy thoughts about what happened while they found themselves fighting zombies, vampires and other mysterious creatures. And who knows, maybe the silver haired would run into some of the people who also ended up having to deal with the Jashin cult, human sacrifices and other similar horror stories.

But for now the deputy decided to focus on his own village and its upcoming revival.