Element Name: Kamaton(Kiln Release)
Components: Earth + Yin + (Lightning or Fire or Wind)
How it is used: Channeling the boundless creative potential of spiritual energy contained within Yin, into the solidity and mineral variety of Earth, the user creates the foundation for a new Advanced Element. Once in this malleable state, the user may call upon the Lightning, Fire, or Wind affinities and combine one of them into the elemental mixture. This element, known as Kamaton, uses the metaphorical creative power of yin chakra to refine earth into both new and existing forms. However, regardless of which additional element is utilized to enhance its power, all manifestations of Kamaton chakra have a rather unique property as unlike traditional elements they have a distinctly physical existence. As a result of the tangible weight of Kamaton chakra in the physical world, a wielder of this element may alter whether a given technique deals either physical or chakratic damage. In all such cases, the user must pay an additional AP cost in line with the base maintenance cost of the technique in question. Beyond this are the unique properties of each Kamaton variant.

In regards to the lightning variant, the resistances of Kamaton’s manifestations are changed to reflect this ‘infusion’, resulting in it being strong against Earth, and weak to the cutting power of Wind. Furthermore, separately apped Kamaton techniques of this nature tend to have specialized interactions with the lightning affinity. This may result in channeling lightning techniques through manifestations of Kamaton to increase--for example--their Range or Area of Effect. Such may also result in conditional effects gained when a wind affinity technique is used in tangent with a Kamaton construct.

Alternatively, when harnessing wind as the additive element, Kamaton’s resistances reflect said element, making it strong against lightning, and weak to the fury of fire. Furthermore, separately apped Kamaton techniques of this nature tend to have specialized interactions with the wind affinity. This may result in techniques gaining a piercing and/or cutting aura around them that extends their typical effects. It can also result in conditional effects gained when a wind affinity technique is used in tangent with a Kamaton construct.

Lastly, when introducing fire to the basic aspect of Kamaton the resistances of its manifestations are changed to match, resulting in it being strong against wind, and weak to the calming touch of water. Furthermore, separately apped Kamaton techniques of this nature may have specialized interactions with the fire affinity. This can result in techniques gaining a searing touch that may linger after contact, Kamaton constructs possessing a smouldering aura that inflicts a DoT, as well as other conditional effects when combined with fire affinity techniques.

Separate from Kamaton’s elemental variants, this advanced element can create constructs that may be treated as weapons or armor for their duration--such techniques will always clash with other jutsu as if they are physical, giving them a distinct disadvantage in that field unless otherwise stated. Such techniques must be apped separately as per normal rules. Notably, if the user has Weaponry as their main specialty, they may themselves become gain a unique skill. Via extensive attunement with Kamaton, their presence can alter the temporary nature of Kamaton constructs, giving them greater efficacy. Those with the aforementioned ability are said to be possessed of an Exalted Presence.

Appearance: Kamaton chakra takes on the form of glowing constructs of silver spiritual fire, that rapidly coalesce into metallic constructs. The aforementioned constructs and ‘flames’ will possess a sheen that matches the hue of the user’s chakra. Generally, when being created, Kamaton chakra will first manifest as a ring of blue-silver spiritual fire that will rapidly ”burn” over the surface of the affected material, transforming it in the process. When constructs are made of pure Kamaton, the spiritual fire will instead coalesce into a given three-dimensional shape congruent with the construct in question, after which point the flames will rapidly dim as they are absorbed into the construct. The remaining construct will vary in color, but will always possess a silver-blue sheen under the right light. 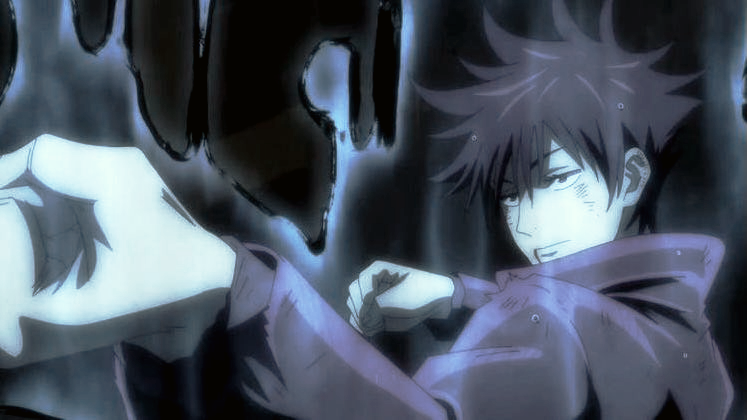 Backstory: Honed by Koutaku through diligent research, and the vast stores of knowledge and experience of the Iouchiryo clan, this skill came into being soon after the aforementioned shinobi discovered and came to fully understand and attune to the Advanced Element: Kamaton.

Effect: Only possible through a confluence of circumstances, the phenomena known as Exalted Presence only manifests in users of Kamaton chakra who have a particular affinity with Weaponry. Taking the form of a writhing aura of silver-blue chakra, limned in black, this presence affords those who possess it the unique ability to create permanent constructs with Kamaton chakra, which may subsequently be treated as weapons and/or armor. Such pieces of equipment may inherit lesser versions of the innate properties they possessed as techniques, these will function as traits and thus cannot exceed 25 power.