Appearance: The user twirls their weapon, the chakra running through it, causing it to glow white.

Handseals: -
Duration: Up to 3 posts
Cooldown: Post Used + 2
Range: Weapon Reach (Radius)
Power: 50 / Speed
Speed: 50 / Speed
Health: -
Stat Boosts: -
What it does:
The user flows chakra through their weapon and spins it rapidly, causing it to glow white.

While the weapon spins, the circular area of its rotation develops an invisible disc of violent force. This disc does not affect the user's hands but does overlap with them, the disc covering the entire 'outside surface' of the weapon's rotation. If anything comes into contact with this disc, it clashes with this technique's power before the statistics of the weapon used to generate the disc.

Any projectile or projectile technique (including elemental techniques like fireballs, etc.) that clashes with the disc with an inferior power to this technique's power is deflected at an angle of the user's choice (an angle cannot be chosen that would require it to pass through the disc, of course). Upon being redirected, the technique or projectile retains its original stats and travels in a straight line at the desired angle for the remainder of its original range/duration.

This technique will effectively shield the user against any incoming force if it has superior power, destroying opposing areas of techniques or attacks that come into contact if its power surpasses their health, power, etc. (whichever is relevant) and it cannot be deflected. In the case of larger attacks that would completely consume this defense and the user with it, the user will be safe so long as they can maintain the block, but they are still subject to any stat checks that may throw them off their feet.
Character Specific: --
Wordcount to learn: 2, 500 / 4, 000
Action Cost: 40/100 Activation | 20/50 Upkeep
Mastery: N/A
Bonus Requirements: [ Chakra Infusion | Weapon used must have a minimum radius of 1 meter.
Canon, Custom, Bloodline, or Village Exclusive: Site Canon
Revamp of - https://naruto-role-play-rpg.forumotion.com/t46648-sword-storm-v7[/size] 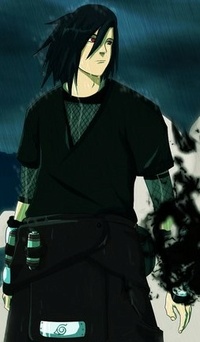