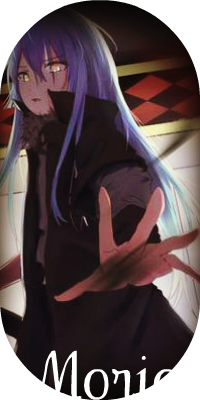 Claiming both of the following

That Morio was so full of piss and vinegar. Perhaps when the gods flipped a coin, he was on the wrong side of it. He would not be the first Hoshimura who portrayed signs of fiery temperature. It was all due to Alexandros’s blood within him.

“Hoshimura, Ametsuchi. Scales of gold and scales of red. The dragon is still a dragon.” Vaenar said, running his free hand through a silver mane of hair.
Vaenar sheathed his blade with a soft sound and tied the sheath around the waist of his fine black tunic decorated with the golden dragon at the chest.
He watched as Mercurio came from within, and he and his student that armorer had come to see as a surrogate son had a moment.

“Lies to protect you, child. I might have done so, but the time we spent together was genuine.” The older man was beginning to well up. “No matter where you end up in the world, the door to my shop will always be open for you.”His arms snapped in a sudden hug and took hold of the boy. "My son, I never had; you were the one who needed the most love."

“Alright enough.” Vaenar snapped, his voice echoing in the inner timber walls of the shop.“Your touching story is over for today. We have the armor, but I believe that additional gifts awaited us.”

Mercurio reached under his counter. "Yes, here." The blacksmith magicked up a small metallic chest; when he opened it, a series of fine crafting materials revealed themselves. “Courtesy of the shop, I trust young Morio can fuse them into the steel.”

The swordsman's face soured at the sound of that. "At a later time, perhaps." Vaenar turned to Morio. “You must be a warrior now, and you must act accordingly. Every morning you are expected to train in the yard with sword and armor. I’ll make sure to meet you there, little brother. Once finished with the practice, you can go back to beating chest plates with a hammer for all the good it does you.”

Morio looked at the man quizzically for a moment before shrugging," They may be scales to you. Still, they are history for me. We can agree to disagree on that point alone. Still, for now-," his words were cut off by the sound of Mercurio explaining himself. A slight blink and a tilt of the head were the only things that were given as he was hugged. He sighed as he patted the older man on his back as gently as he could," Cut the waterworks, old man, I forgive you...but don't lie again to me even if it's for my good. Honesty will go a lot further... old man," he would give a small chuckle before looking over to Vaenar who had been the one with a sour mood now. A tut from Morio would fill the silence of the room as he pried himself from Mercurio and turned to face his blood kin," For a sharpened fellow, you have your cracks, don't you? Whatever. If it's so prevalent, I'll train with you. But I'm going to deal with this material first...A challenge has been given to me, and I will not give up on my training as a smith. Besides," his hands went to touch the material as he smiled and picked it up," A true man's strength isn't in just swinging a sword repetitively and wearing your fancy armor. It comes with the knowledge of how to make them...A man can swing a sword a hundred times, but I can turn my hammer once and break your weapon down to nothing. One who knows every weapon made can just as easily break them down back to metal," walking back toward the forge, he would put the sword he was given to the side and slide on his smock and tie up his hair.

"A master has work to do...Thanks for the lesson in family history and lineage. You're free to stick around to see the finished result, or you prepare for the next day. The choice is yours." Whether or not Vaenar stayed, Morio would take the armor and its material into the back, where he disappeared, leaving Mercurio and Vaenar alone. What came next was the sound of clanging and music. The young male had a hand at this that made the metal sing and while he had to break the armor back down into its base form to add the material, what he didn't do was waste any time or effort....instead, he made an upgrade. For the next couple of hours, he had worked hard on this creation, taking Mercurio's ingenuity and his vision to make something a tad different...something explicitly made for him. At the crux of his completion, he came out, face covered in soot and sweat. His hair muddled and messy, but there was a fire in his eyes...those burning embers that were once shown to him by his kin as he set his hammer down and took something to drink water with," Done. I altered the look of the armor to suit me better...I kept the same love and care that you put into it, Mercurio...Sorry in advance if it's not the bulky bulwark you gave me. If I'm going to wear it, it's going to need to fit how I fight, you know?" though he knew that his surrogate dad would be proud of the progress that he made.

Vaenar put on a facade of calmness and normalcy and followed all the rules of the average shinobi. He very rarely allows his emotions to slip through the barriers of his mind. The personality that he dutifully represses tends to be very outspoken and emotional. The one-eyed warrior put himself through this hardship because he had set his eyes on realizing his vengeance goals and acknowledged that this is the quickest and possibly the only way to make his dream a reality.

For a moment, it seemed the facade of the remorseful hero had broken. You are to allow a lord some flaws. Vaenar didn’t blame himself entirely; that boy Morio was capable of making anyone around him want to throw him down a well.

“Well, have at it then. I’ll wait for you here, and I have the bottom of my wine cup to meet.”

Vaenar added his snide remark before making himself comfortable once again on the leather couch, placing the sheathed blade across his lap. “I have to think a name for you later,” He muttered to himself as he rubbed his thumb on the pommel before his Kenseigan shifted back inside the forgery. Where the fires burned in each corner, and the air stank of smoke and sulfur.

His foster brother worked with hammers and tongs, beating them against the finest plate money could buy. For a boy not past his twelfth name day, he showcased incredible strength, stamina, and technique. The natural connection to metal, granted from Alexandros’s bloodline and the time he spent under the tutelage of Mercurio, had given him more extraordinary skill than the average apprentice that would hold the bellow of the forge. Pounding, pounding until the equipment took the form that he envisioned.

"Yes, that's it. Excellent work!" Mercurio said in excitement as Morio emerged with his face darkened, and his blue hair was damp with sweat. A fiery look was in his eyes. And for the first time in a century, two Hoshimura looked each with a Kenseigan.

6,119/6000 progress from both players towards the completion of current missions listed on the first post

With the work of the day done, he would turn to Mercurio and nod for a moment," With that done i guess we can grab some food and talk of the future," he wasn't too keen on this whole...spending time with family thing, but if he was going to get to at least know the side of his family that his mother came from this would be beneficial. That and with the path to becoming stronger widening he would be able to travel to the land of Lightning to maybe find an inkling on the lineage of Ametsuchi...and hopefully something about his father as well. In the meantime he leaned on the counter and made talks with both Mercurio and Vaenar.
[Exit]
WC: 121
TWC: 2,674
Claiming 26 Stats
Claiming Mission Rewards:
12,000 ryo
55 AP
x1 Silver, x1 Aluminum, x1 Leather