Name: Fūma Shuriken
Appearance: Large collapsible shuriken, 30cm in length when collapsed, but when opened, it extends out from the central ring 1ft in every direction with four blades. Its wielder can use the shuriken in melee combat by spinning the blade in one's hand to slash and stab the opponent directly. 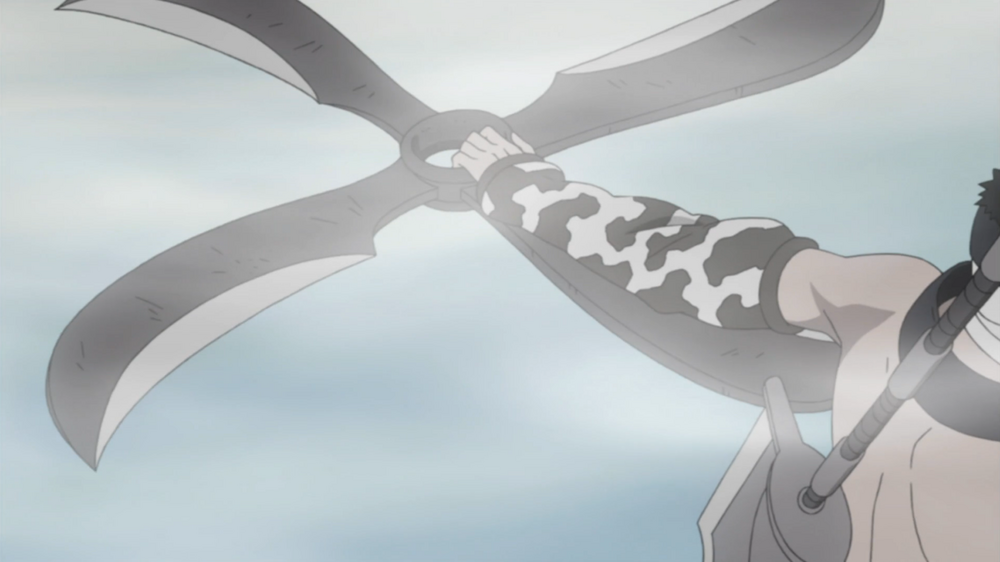 Backstory: This type of shuriken is considered characteristic of the famous Fūma clan, which they named and possibly developed. However, their use is not limited to this clan. This type of Shuriken can be collapsed for easy storage, leading to Shadow Windmill's nickname (Kage Fūsha).

Health: 50/100
Type: Sharp
Trait: The weapon comes with a small lever in the ring that the wielder can activate with their finger or yank it with wire. If they do, the Shuriken's blades are shot in 4 different directions and travel at a speed of 25 for 10 meters in a straight line before falling towards the ground.