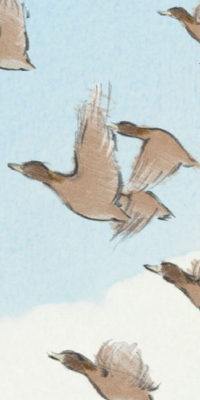 Task: You find yourself in a small town in the middle of nowhere, not large enough to be even a blip on the radar of any of the major villages or anyone of note. Or rather, you find yourself within the husk of what remained of that small town, the people obviously having been slaughtered or kidnapped by a gang of bandits. They have taken most of the towns valuable, but obviously in their haste to get away to enjoy their 'spoils' they missed some stuff. In the end you decide to finish what the bandits started and loot the little valuables left behind, waste not want not after-all.

Task: You find yourself in a small town in the middle of nowhere, not large enough to be even a blip on the radar of any of the major villages or anyone of note. One night, you notice a strange and paranoid fellow passing through the area. He offers to pay you 500 ryo to keep quiet about his presence, and the strange package he is holding. Do you kill him to see what is so important? Take the offer and look the other way? Or sell him out to an interested third party? The choices, and consequences, are yours.

Haru has happened upon a ghost town.

It does not so much as smoulder, though many of the buildings show signs of a fire. It's an unfortunate risk of such classic construction, with fire-retardant materials much too expensive and difficult to find for the common people of Rice to invest in them. It isn't usually so great a risk - people are smart, and they have ways to reduce the risks, but when a fire is intentionally lit...

Well, it seems unlikely that he is going to be able to find lodging. Haru sighs, disappointed in turn at the dashing of his hopes of a warm bed and warm meal, and then at his own selfishness for thinking of that before mourning the lives and livelihoods lost what must have been very recently. He is a creature of comfort, after all, and such things unnerve him. How many people were here just recently? A thousand? It's too terrible to contemplate too deeply. Hopefully most of them got out okay.

It begins to rain. Oh, isn't that swell? The ruins certainly needed more of a gloomy atmosphere. Haru steps through the ruins, looking for somewhere more intact to spend the night - hopefully one that doesn't contain any grim surprises. He is not interested in sharing a bed with a corpse. He ducks into what must have been a shop. Most of the wares have already been picked over, but he eyes a forgotten container of salt that might be worth fair ryo.

Then, movement - a shape in the corner, shifting. The shape takes the form of a tall, bald man, who stands abruptly, clear green eyes wide at the intrusion. He looks Haru up and down, and Haru raises his hands. The man warily steps forward. He must be... sixty? He reminds Haru of one of the few uncles he dislikes. Tense, wound up all the time, snippy.

"You'd best not be one of Zukumiki's."

"Of course not!" Haru scoffs at the mere idea. His first impression had been right on the money. What's this guy doing all the way out here? The man brings a finger to his lips, staring intently. Haru lowers his hands, tone softening but still grumpy with offence. Why on earth is he being shushed? There shouldn't be anybody for miles. "I promise you I have nothing to do with that man."

"Please, go. Leave me in peace - I'm being followed. Please don't speak of this."

The man sets his jaw, eyes hard. It was not the answer he had wanted to hear. He studies Haru closely before speaking, posture tense in a way that Haru does not quite understand until it is too late.

The man lurches forwards in a flash of steel violence, and Haru's heart leaps to his throat in panic at how fast the blade comes at him. He barely has time to draw his own wakizashi and bring it awkwardly up, and with a CRACK the other man's blade smashes his at the awkward angle and sends the shattered blade clattering across the floor. Haru backs up against the wall, useless handle in one hand and the other pressing to the man's wrist in vain attempt to fend him off. The man presses forward with the practice of a killer, cold blade less than an inch from Haru's throat.

"Tokita," the man says, voice low, heavy with unknown malice. Confusion and fear wrestle against Haru's ability to form words. "And you say you have nothing to do with him! Where would he be without your coin, you cowards?"

"None of us had a choice!" Haru breathes, defensive, hand wrapped tight around the other man's wrist.

"You always have a choice," he says dangerously, shivering despite the steel conviction in his eyes. Haru gulps. Oh, he's an idealist. A scared one. Is this how he's going to die? A pathetic loss in a fight he never asked for? His heart pounds, indignant anger coming to the fore against his better judgment.

"I'm choosing not to sell you out! Gods, do you think we wanted him?" Haru hisses, hand squeezing tighter, becoming more aware every moment of precisely how little distance there was between steel and so-delicate skin. He regrets his words as soon as they leave his mouth, and his tone softens. "Put your sword away. Please. I'm no threat to you."

"You - your family - you want him gone?" The man murmurs.

The man draws his blade back - and, after a long moment and a hard stare, Haru takes his hand from the man's wrist in turn. He sheathes the blade, the noise soft but eerily prominent in the dark, little masked by the rain against the roof.

Haru is momentarily silent, allowing his thoughts to catch up as he calms from the rush of adrenaline. His name, another thing to hide? The idea is uncomfortable, as is the idea that he may have nearly endangered his family in ways he does not understand. Stupid. The man seems equally thankful for the breather, casting his eyes downward in shame - there is a long moment before either of them speak again.

"They - they don't know you. They won't pay any attention to you," the man says, half to himself - Haru is only mostly listening, roused from his own thoughts once he realizes that he is being offered a job. "I need you to take this north to Okada Castle. I'll pay you right now - enough for a new sword, and more."

His sword...! He'd half-forgotten. Haru is of a mind to demand the the other's sword as payment, but even with it sheathed, he feels the cold ghost of it against his throat. He is in no position to make demands of the desperate man. The idea of taking a job after being accosted in such a way is unpalatable, but if he rebuffs the man and leaves, he will be defenceless on the road.

"I'm not looking for trouble," he hedges, eyeing the package at the man's side with suspicion, as though it will burst open at any moment and unleash its misfortunes upon him.

"It won't be any trouble - it's a simple delivery. They don't know what I have - they just want me. Work's good up there." The man inhales, and a low note of panic is still obvious in his jumbled words. "...you're already awful far north, Tokita. Trouble will find you."

"Just did, didn't it?" Haru hisses, annoyed at the veiled threat, impersonal as it may be. The man gives him a sad smile, and Haru clicks his tongue. There had been the hint of defeat in his tone, and it had been detected.

Haru chooses to believe he's telling the truth. The man presses the parcel into Haru's hands, and Haru takes it. The man goes through his bags and places a bundle of ryo on top. Haru sighs.