Contract Race:  Mythical Summon: Kamigawa Spectral Moon Deer
Appearance: The deer represented in this summon contract can resemble any earthly species of deer that can be found. Typically the summoned creature will possess a set of antlers regardless of any other gendered characteristics that may be found on the summon, although this is not always the case. These creatures can range in size from as minuscule as 10 centimeters to as large as 100 meters at their tallest.  What sets this species apart however is the presence of a supernatural mark indicative of their otherworldly nature. What this mark may be differs from summon to summon, ranging from a pair of wings, to an ethereal glow, to a see through appearance. While this mark is unique to each summon, it is almost entirely aesthetic and does not change the inherent abilities of the creature, nor does it grant a significant advantage in combat without an additional jutsu (I.E. a pair of wings would not grant enhanced flight, a glow would not cast enough light to illuminate more than the immediate area, and a see through appearance would not render the creature invisible or cause attacks to pass through it). 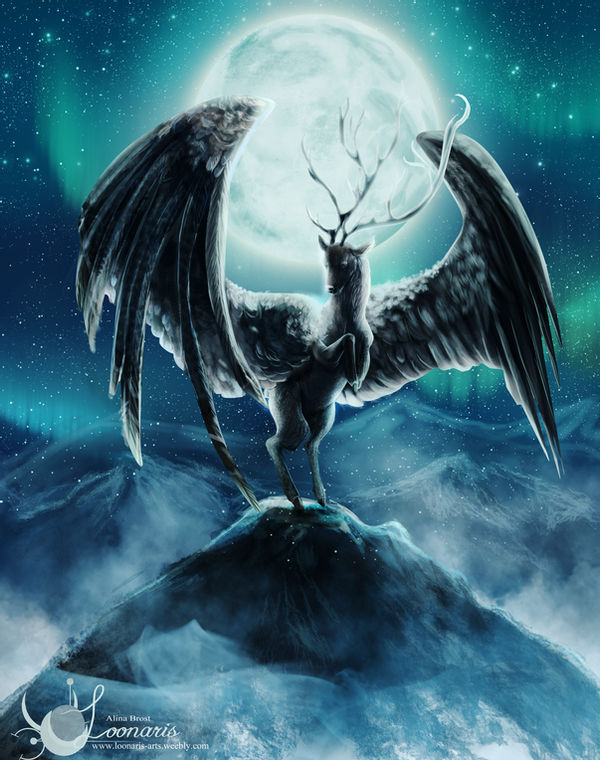 Background: Long ago, after the passing of the Sage of Six Paths, many shinobi felt lost spiritually. Despite naming his son Asura as his successor, many people felt as though he could never lead as well as his father. Deciding that they needed a new form of spiritual guidance, they turned to the realm of spirits, in hopes that they could conjure wisdom from the great beyond. From these practices an ancient monastery was built, dedicated to the study and communication of the spirits that surrounded the world, and eventually gave rise to the practice of summoning entities from this other realm. Eventually, the people of the monastery summoned a powerful river spirit by the name of Kaiga in hopes that he would teach the people of the monastery, and grant them wisdom that would otherwise be lost. In time, he took human form and fathered many children with the head priestess of the monastery, giving birth to the first members of the Kamigawa clan.

The children of the Kamigawa clan, despite their strong connection and affinity to the spiritual world, struggled to develop and control their powers. They were the first of their kind, being the child of both man and spirit, not truly belonging to one world or the other. Unable to dedicate himself to both the monastery and his children at the same time, Kaiga conjured several of his most powerful servants from the spirit world, and instructed his children on the methods to summon these servants. Amongst those servants was Diné, a winged deer with ties to the moon that was particularly favored by those in the Kamigawa clan who had strong traits of kindness gentleness, and intuition, as well as those who preached the messages of the spirits.

It was from Diné that the Spectral Moon Deer originate. Diné and his offspring serve as one of the many spiritual guides of the Kamigawa clan, assisting them in connecting between the two worlds, and defending the clansmen when needed. While all but the most powerful of the spirits do not possess the ability to form a body of their own, these summons can enter into this world by using the Kamigawa's chakra as a vessel, using the vitality of the clansman to form a corporeal body for them to use temporarily.

Requirements: Must be born into the Kamigawa clan (transplants do NOT count)