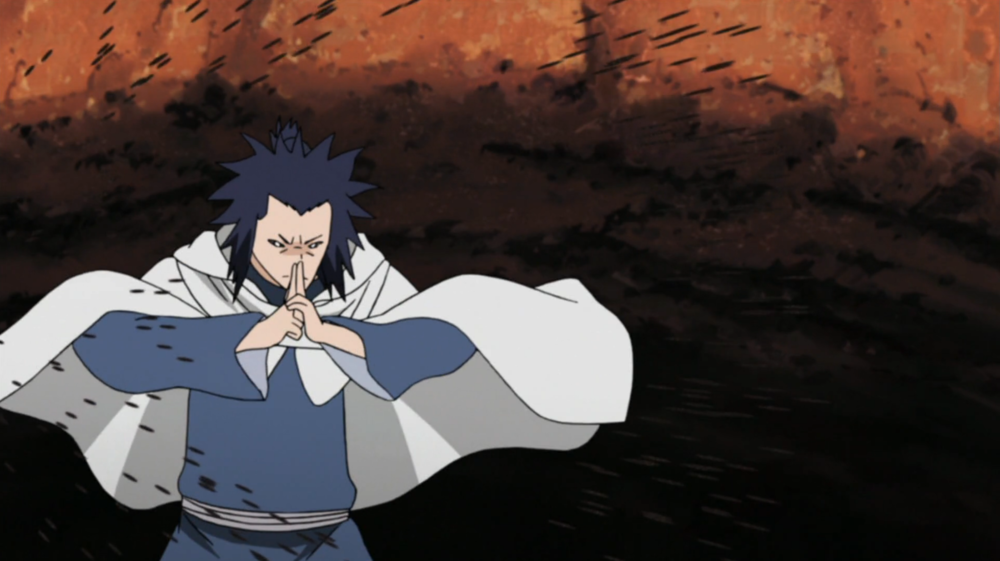 It is a gunshot-like attack that uses Iron Sand hardened into minuscule grains(.355 in diameter, .680 inches in length)(10/15/20) to attack simultaneously across a vast range, being able to be in a 180 degree of any direction. The bullets are so fast that they are difficult to see. The moment the user has finished preparing the attack, evading it becomes extremely difficult. Using the repellent force of magnetism, the speed of the bullets is rapidly increased after they are shot. Furthermore, the user can also use an attack pattern where the Iron Sand bullets are shaped into sharp needles (2 inches long.), increasing their ability to wound or kill the opponent.

Before being fired at a target the Iron Sand hoovers around the user (0.5 meters away) following them around at the user's speed. Any Iron Sand that has not been launched when the jutsu reaches the duration disperses.

Since the Iron Sand has a magnetic force, this technique is especially threatening to puppet users, since the puppets can be rendered immobile if the sand gets lodged into their joints causing the puppets to have their speed reduced by the base power of this technique. This debuff to puppets lasts until the duration of the technique comes to an end.