Appearance: The summon takes the form of a single-story shop or building, described upon activation of the technique. 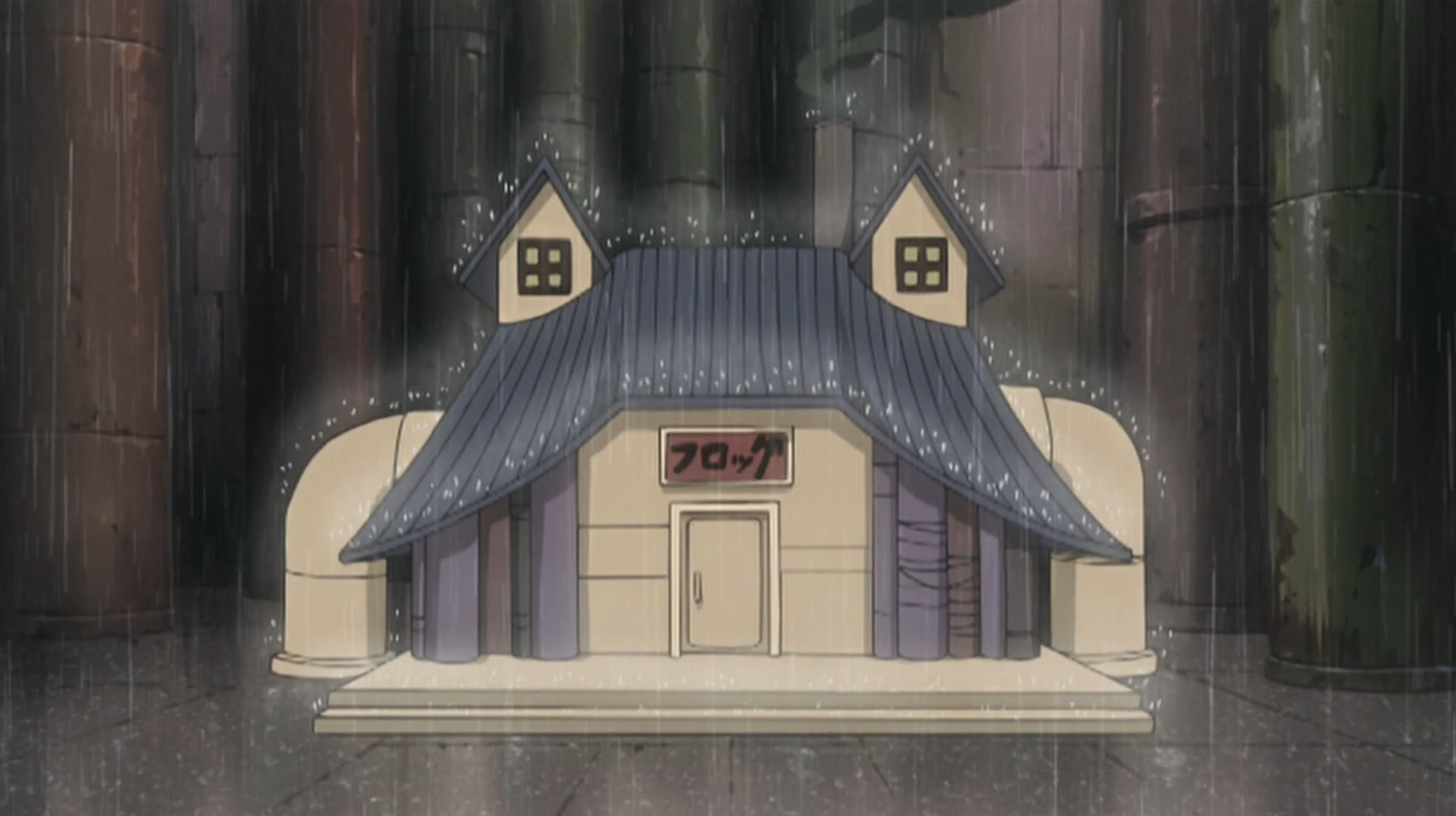 Handseals: Dog > Tiger > Dragon > Horse > Tiger (initial setup), Seal of Confrontation (reverting transformation)
Duration: Indefinite (end of topic max)
Cooldown: Thread
Range: --
Power: 40
Speed: 40
Health: 40
Stat Boosts: --
What it does: Upon activation of this technique, one of the user's summons takes on the form of a single-story building, shapeshifting at technique speed. This building has a maximum height of six meters and a maximum footprint of 400 square meters (or 20 meters by 20 meters). This technique reproduces any required amenities for the building's disguise (such as equipment for a restaurant, etc).

The user may use the Seal of Confrontation to revert the summon back to its original state. If any characters are within the building when this occurs, the inside of the building morphs into a sort of pocket dimension located within the summon's belly and resembling an empty stomach interior. All characters inside retain their original size while simultaneously being contained within the summon. This transformation occurs at technique speed, and has no specific origin point. The walls of this space have technique health, and can 'suck in' anything that makes contact with them, gripping it at technique power. The summon can revert to its original state on its own at any time, but if this was not activated by the human collaborator, they are forced to spit out anybody inside. This technique can hold up to three characters, not including the user. Any additional characters caught inside are spat out, with it being the user's choice as to who stays and who goes.

If the interior of this space is damaged, the hosting creature will desummon, and those inside will be freed in the space it had previously occupied. If the summon desummons itself for any other reason, any residents are similarly released. If a technique forces the hosting creature to desummon, it will also be released into the outside world. At any time, the hosting summon can allow a character within it to be 'spit out' and depart at their full speed.

If a character is caught within the stomach, the user may debuff two of their stats by 40 each (user's choice). Stats may not be reduced to below 1 in this fashion. This effect persists for as long as the target is within the stomach, and lasts for one post after an escape.

If either the human user or the summon have the Sensory specialty, while disguised, the summon's chakra is suppressed. This effect ends when they begin to resume their original shape, and they obviously cannot use any other techniques while they are disguised. They always retain awareness of their surroundings as per their normal sensory abilities, regardless of specialty.

Character Specific: --
Wordcount to learn: 750
Action Cost: 30
Mastery: N
Bonus Requirements: This technique cannot be used independently, and must be used as a collaboration with a summon that has learned this technique. Summons do not require the Space/Time specialty to learn this technique, but it does count towards their jutsu cap.
Canon, Custom, Bloodline or Village Exclusive: Canon

As per our discord discussion,