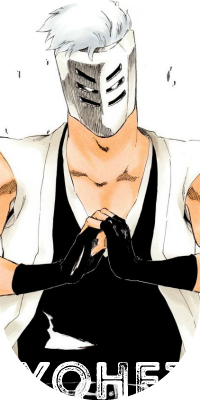 Name Space-Time Clone Creation
Element: N/A
Rank: S-Rank
Specialty: Space and Time
Particular Jutsu Type: Living Clone
Backstory: A master of space/time arts discovered a way to create a rift in space itself through which he was able to create a copy of oneself using his own body as a base. While this was thought to be a variant of the shadow clone, the jutsu had properties more akin to a living clone.

Appearance: Explained below
Handseals:  Snake - Boar - Ox - Dog - Tiger - Snake - Tiger - Snake - Dog
Duration: Until Killed
Cooldown:  Once per thread
Range: 2 meters away from the user
Power: --
Speed: --
Health: --
Stat Boosts:
What it does: A portal (shaped like a circle and 3 meters in diameter) is created up to two meters away from the user's location. From inside walks out one or two living clone(s) of the user. Created using their space/time chakra, the clones share the user’s chakra signature and genetics. However, their appearance and gender may differ from that of the original user. Clone creation cannot be done in combat topics. Portals are harmless, but they cannot be summoned within 2 meters of another RPC.

There are numerous rules for living clones. Rather than list them all here, see the Special Technique Guidelines for an up-to-date list of restrictions.

Telepathy: The creator of the clones may communicate telepathically with their clones. The clones may communicate with each other in this fashion as well. The range of this is within the same country. On a global scale, a user/clone can send a signal of anguish instead, which would notify the user and other clones that they need help and identify the country they are in, but nothing beyond that. To activate and keep the telepathic link between clones themselves and/or the creator when they are not on the same topic but in the same country, there is a cost of 20 AP per postpaid by all parties involved indefinite duration. When they are on the same topic, the action cost is cut in half (10 AP).

Memory link: The clones can learn on their own jutsu, skills, summons the user knows with a 50% discount, provided they meet the specs elements and other requirements. This doesn’t stack with other wc discounts.