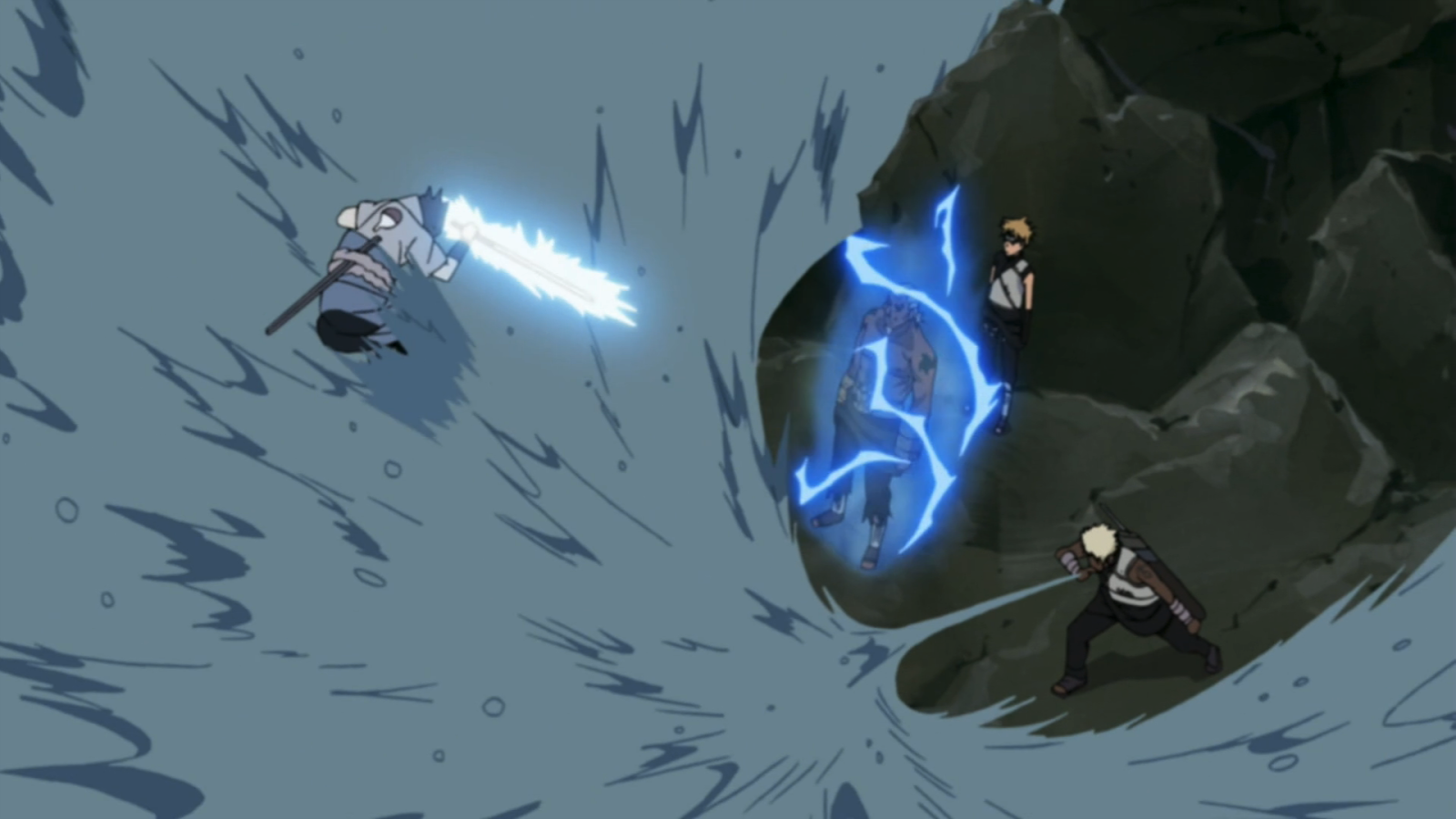 Handseals:  Tiger, Snake, Rat, Snake
Duration: Two Posts
Cooldown: Three Posts
Range: 5 Meters
Power: 40
Speed: 40
Health: 40
Stat Boosts: -
What it does: The user spits a stream of water from their mouth at the ground within five meters, which circles them and rises upward to create a wall that can be created to a maximum size of ten meters tall and wide. The wall cannot be created within 1 meter of another character. If the user is standing on a water body, they can instead create the wall from the source. The water wall defends anyone within its perimeter from attack, with the wall's strength being determined by health. Because the water is clear, the wall doesn't obstruct the user's vision, allowing them to make their next move uninhibited. The wall's initial formation, if timed correctly, can be used to fend off opponents, knocking them airborne or flinging them away as the wall rises with jutsu power. This can be resisted if the target has more strength than jutsu power. The barrier itself will cause no further damage if contact is made with it other than the creation's fling.

Specify that if the wall is created from an existing water source it cannot be created within 1 meter of another character.

Also specify that the power of this technique is only applicable for the fling effect and the barrier itself will do no further damage to those that come in contact with it.