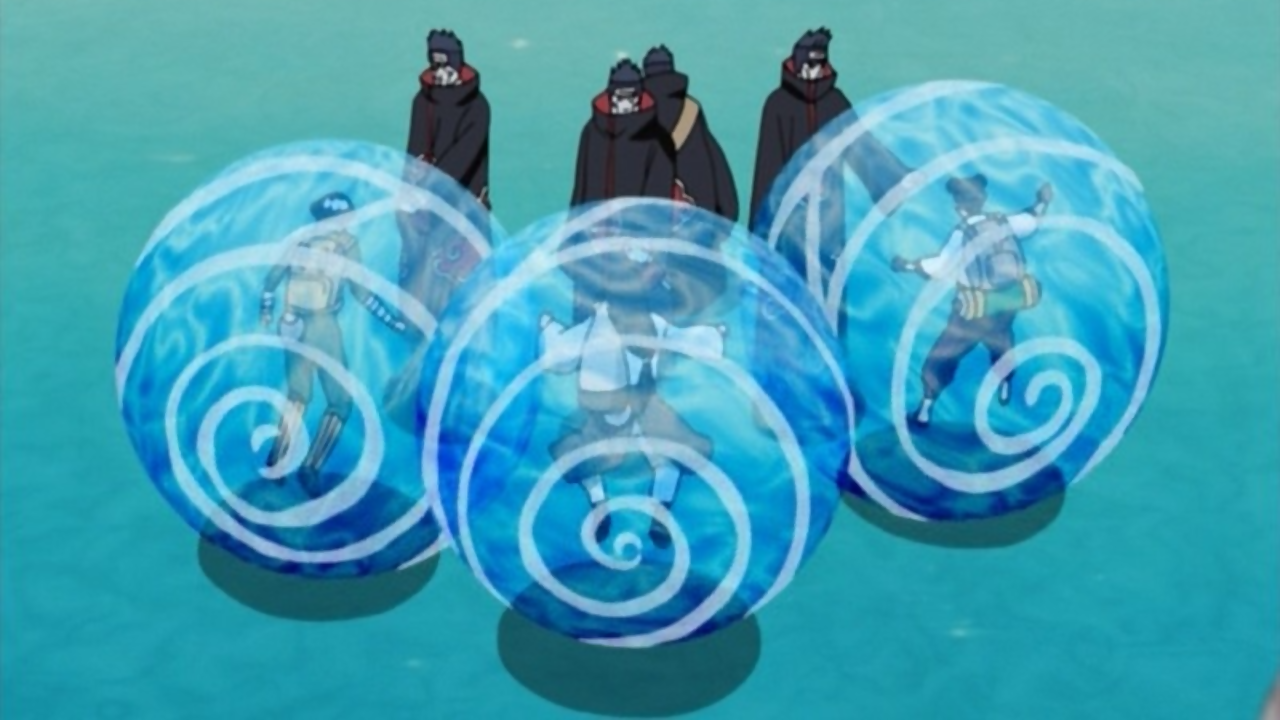 Handseals: Snake, Ram, Horse, Hare
Duration: Explained Below
Cooldown: 4 Posts
Range: One Meter
Power: -
Speed: 30
Health: 30
Stat Boosts: -
What it does: This technique traps a target in a sphere of water; the water can either be drawn from the surroundings or expelled from the user's mouth. The sphere is 2,5 meters in size. The water the sphere is made from is noticeably heavy, which restricts the target's movements and can make breathing difficult. A maximum of 3 spheres can be created at a time, each capable of trapping 1 target. As such, those trapped within the water prison cannot escape unless their strength exceeds the Health of this technique. In order to maintain the prison, users must stay in contact with the sphere typically by keeping an arm submerged within it. For this reason, water clones can be used in combination with water prisons, either by having the water clone attack other targets while the user maintains the prison or by having the clones themselves form the prisons, leaving the user free to act. In cases where a water clone forms the water prison, the water of the clone's body can be used as a source for the prison. Users trapped in this prison for longer than three posts fall unconscious for the rest of the topic.