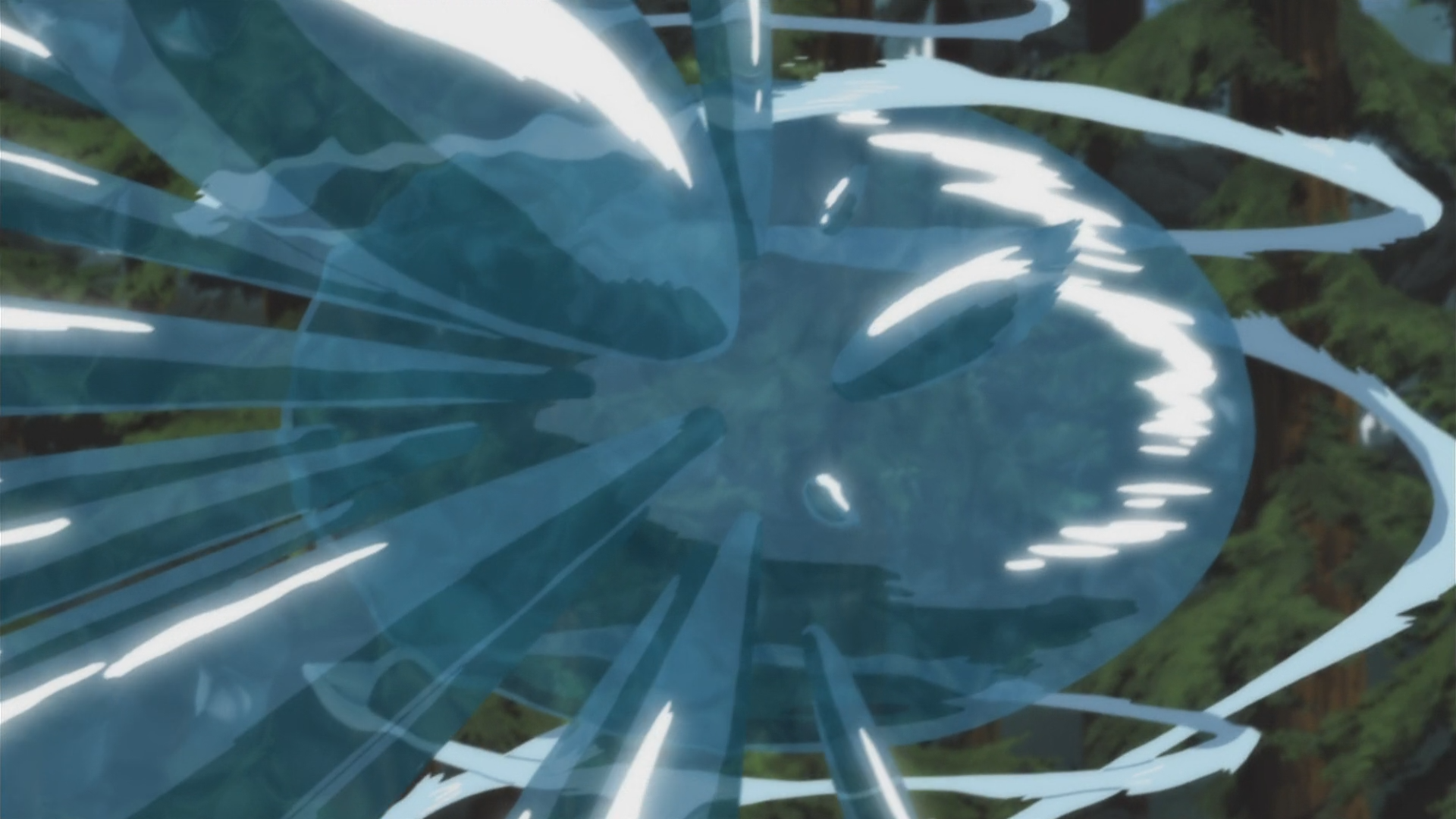 Handseals:  Tiger, Ram, Hare, Monkey, Tiger
Duration: 4 Posts
Cooldown: +2 Post
Range: 5 Meters
Power: 50
Speed: 50
Health: 50
Stat Boosts: -
What it does: This technique creates a sphere of water from an existing source that is roughly 5 diameters in a 5 meter radius, from which many sharp whips of water emerge that can be directed towards and impale a target or multiple targets as the user sees fit. The whips can also change direction in mid-trajectory, bending to seek out the targets once per post. Only the tip of the whips carries sharpness, while the rest of the whip is blunt. The whips may wrap around a target as well, securing them in place if they do not have a strength greater than jutsu power. Up to ten water whips may be summoned at a time from the orb with the whips being fifty centimeters thick. The whips may extend as far as 10 meters.

When the sphere of water is created, it can be programmed to function from one of two methods. The first method is to follow the user or whoever the user deems as an ally in order to guard and protect them from harm and assist offensively with the water whips. The second method is to conjure the water orb in a set location to guard an area. The orb remains autonomous while the user is within thirty meters of the orb. Any further than that and the sphere of water enters a dormant state. It will attack all those who come within range indiscriminately that is not the user or the user's current allies.

Change the numbers of whips to 10.

Specify the direction of the whips can change only once per post and from then on it will continue on a straight line/path.

Change duration to 4. Cooldown should be posts used +2

I would like to see a cap on how far the user can be from the location they leave the orb on auto-pilot. 30 meters should do it. The orb doesn't have to be extinguished, only stay dormant if the user steps away from that range in the duration. It can be re-activated once they re-enter the range.

The thickness for water whips appears to be missing. Write one for me please, 50cm is fine.