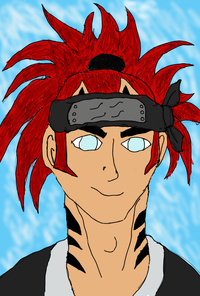 Name: Gentle Blade: Willow Strike
Element:  -
Rank:  E/D/C/B/A
Specialty: Weaponry
Special Jutsu Type:  Manoeuvre
Backstory:  One of the primary techniques of the Gentle Blade style.  When developing this technique, members of the Hyuuga clan drew on imagery from the willow tree. The technique's movements have been likened to the movements of a willow tree in the wind, strong at its base but with fluid limbs.

Appearance: A burst of chakra is released from the user's blade similarly to a Gentle Fist: Palm Bottom strike
Handseals: -
Duration: 1 post
Cooldown: 1 post
Range: Weapon's reach
Power: -
Speed: -
Health: -
Stat Boosts: +5/+10/+20/+30/+40 to Speed and Chakra
What it does: This Gentle Blade technique consists of a swift, precise strike. The user will release chakra through the blade, serving as an extension of the Hyuuga body. If the technique lands, the chakra will be released into the opponent's body, causing internal damage. At B/A Rank, a successful strike will drain AP from the target at -40/-80 AP.