Rayoralia: Everything You Could Know

Rayoralia: Everything You Could Know

Now that Rayoralia was completed, Anaphiel was able to actually interact with it. He didn’t want to be the only one to do that though. That would be a tad difficult for anyone else to go there without Anaphiel to take them, but he would still like to allow people to go off and explore without him. To that end, he’d decided to write up a booklet so that if people wanted to, they could read about his creation beforehand. He had all of the information written down, but it would need to be summarised and catalogued better. That’s what he would spend the most time doing before actually transcribing it into the book. As with his other Chronicle, he’d start the booklet off with a preface; a little note for the reader.

Preface:
As much as I made this primarily for myself, I feel that Rayoralia is something that deserves to be shared. This is a guidebook of sorts that talks about everything worth talking about on Rayoralia. Each entry will be related to a geographical location, plant, animal, or sentient race. Locations can be either a region, natural landmark, man-made landmark, or population center. While there will be plants, animals, and sentient races from our realm, this guidebook will only describe those that are native to Rayoralia. Each entry will provide a visual description of the subject, as well as any other pertinent information whether that be structural composition, regional customs, helpful or harmful properties, or typical behaviours. I hope you, the reader, ends up enjoying Rayoralia as much as I do.

Signing his book, Anaphiel took a step back and smiled. Now that the letter to the reader was out of the way, he’d be able to start working on the rest of the book. 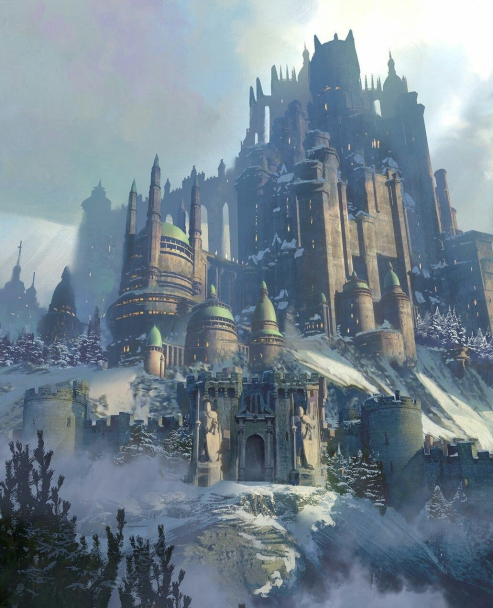 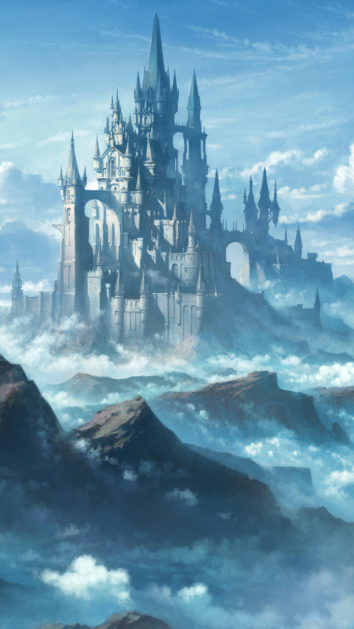 Seraphiel Casle is the primary residence of Anaphiel Hidemori and any guests that are brought to Rayoralia. It is an immense castle, hundreds of meters tall, sitting on top of a massive mountain in the middle of the Metarsis Moutains. Easily one of the most impregnable locations in the whole of Rayoralia, it provides an excellent place to relax, with astounding views of the mountain range and all that lies below. Inside the mountain is a massive natural spring which the castle draws on as it’s only water supply.

The castle itself is extremely extensive, being built into the mountain as well as on top of it. It provides the comforts and amenities of move large villages in one location. Countless rooms inside that suit any and all purposes, and many rooms lay empty, to be assigned a purpose should a need arise. The central tower houses the main rooms that are used exclusively by Rayoralia’s creator, Anaphiel Hidemori. In this spire is also located one of six Chakra Crystals that serve various purposes, including providing power to the entire castle. The Castle is also extremely defensible, with thick walls, imposing towers, arrow slits for firing projectiles. The Chakra Crystal helps to power strong barriers that would prevent unauthorised access to the castle that isn’t from the main gate.

Seraphiel Castle is also fully staffed and garrisoned, should any of Rayoralia’s inhabitants decide they wish to make a move against the dimension’s creator. The inhabitants of Seraphiel Castle are the definition of diversity, as there are representatives of every race on Rayoralia here. That’s not to say the castle is inhospitable; there are plenty of travellers going to and from the Castle every day for varying purposes. 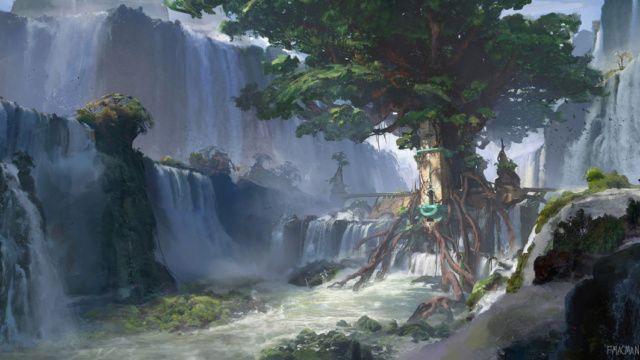 The Hidemori Shrine is a large stone tower built around a gigantic tree that grows out of the middle of the Lake of the Tranquil Mists. It was designed in such a way to preserve the natural beauty of the area, while giving others a way to be able to view the splendour from a unique perspective. It has a pair of stone bridges that connect it to either side of the lake. It also has several balconies that provide magnificent views of both the Lake of the Tranquil Mists and of the Waterfall Bluffs.

The location was chosen for the Hidemori Shrine because of the geographical features of the region. The rumbling of the Waterfall Bluffs, and the mists coming off the lake had therapeutic properties and helps with attaining mental clarity.

The tower itself is divided into many floors, with all but two of them housing rooms for meditation or other forms of self-reflection. The exceptions to that were the main floor, and the uppermost floor. The main floor houses A large mural along one wall which was a massive family tree of the entire Hidemori Clan from the founding members until the present. There is also a memorial to celebrate all members of the Hidemori clan that have passed on whether they died in or out of combat. The uppermost floor was set aside as a private meditation area for Anaphiel Hidemori, as well as any members of the Hidemori clan that should visit Rayoralia.