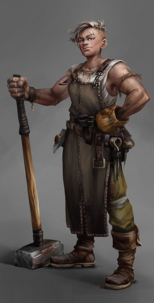 Name: Hallwalker
Element: -
Rank: S
Specialty: Space-Time
Special Jutsu Type: Teleportation
Backstory: Those who study the holes in the universe might discover the knowledge to control them. To unlock this application, the researcher discovers that there are often nearly infinitesimally small holes that lead far away, rather than the large holes that they normally encounter but have much more minimal affects. Once someone has learned of their existence, it is possible to learn how to expand them.

But beware, ye who possesses power they do not yet understand. Only open a way when you know where it goes. To do otherwise is folly. And likely deadly.

Some claim there is a space between these doors. Some claim to have been there before.

Appearance: As if the user is walking through a door that cannot be seen and has no "other side" (to an outside observer).
Handseals: Snake - Dragon - Horse - Ram - Rat - Monkey
Duration: One post/round
Cooldown: 3 posts
Range: -
Power: -
Speed: Chakra
Health: -
Stat Boosts: -
What it does: The user grabs onto a hole in space and expands it to a size which can be walked through. This is quite literal; to exert enough control over the hole, the user must be physically in contact with the point. They can then move through this hole as if it were a door to some far off location (though the hole can also be moved at jutsu speed so long as it is moving in a way that always is in contact with the person or people teleporting). Note that this hole is entirely invisible. The user cannot see the destination through the hole. The user only knows where the hole is because of some innate sense of these sorts of natural (or in this case, semi-natural) phenomenon developed in Doorknocker. This hole must be tuned to a person for them to pass through it. It does not interact with jutsu or with items not wielded or carried by a person. If a person is not tuned to the hole, they cannot interact with the hole in any way. That is, it is as if the hole is not there. If they were to swing a sword through the area of the hole, they would be met with no resistance. If they walked through the space with the hole, they would be unaffected. It may as well not exist to anyone not specifically tuned to its existence.

Attuning a person requires either their consent (in which case it is instantaneous) or one full round of unbroken contact. However, even with consent, contact must be maintained to enable the attunement to persist.

Anyone teleporting using this technique may experience the "glitches" as per Doorknocker, though the glitches only exist at the border of the teleporting hole and are therefore impossible to notice unless an observer can see both the entrance and the exit. Otherwise, glitches follow the same rules as laid out in Doorknocker.

love the flavour, but the starting point of the teleportation has to be connected to your body. You can have said starting point be anywhere on your body (and can change each time), but it can't be a point outside of your body. I'll need you to change that please. I also need you to modify how other people would be teleported with you. They would need to be in physical contact with you.

WC should be 5000, and the AP cost will be 100 to teleport yourself, 30AP per addition person, capped at 3 additional people.

The user grabs onto a hole in space and expands it to a size which can be walked through. This is quite literal; to exert enough control over the hole, the user must be physically in contact with the point.

However, even with consent, contact must be maintained to enable the attunement to persist.

Above has been added and/or changed to align with requirements. I totally meant "first person" to mean "yourself" and sorry I was not clear about that. Completely forgot to state the contact need. And no idea why I put 2000. Mistake? Fatfingered the 9 key? Either way, fixed it!