Appearance: The user shapes their Lightning chakra from Chidori into a spear-like form and extends it outwards with one of their hands as the origin. 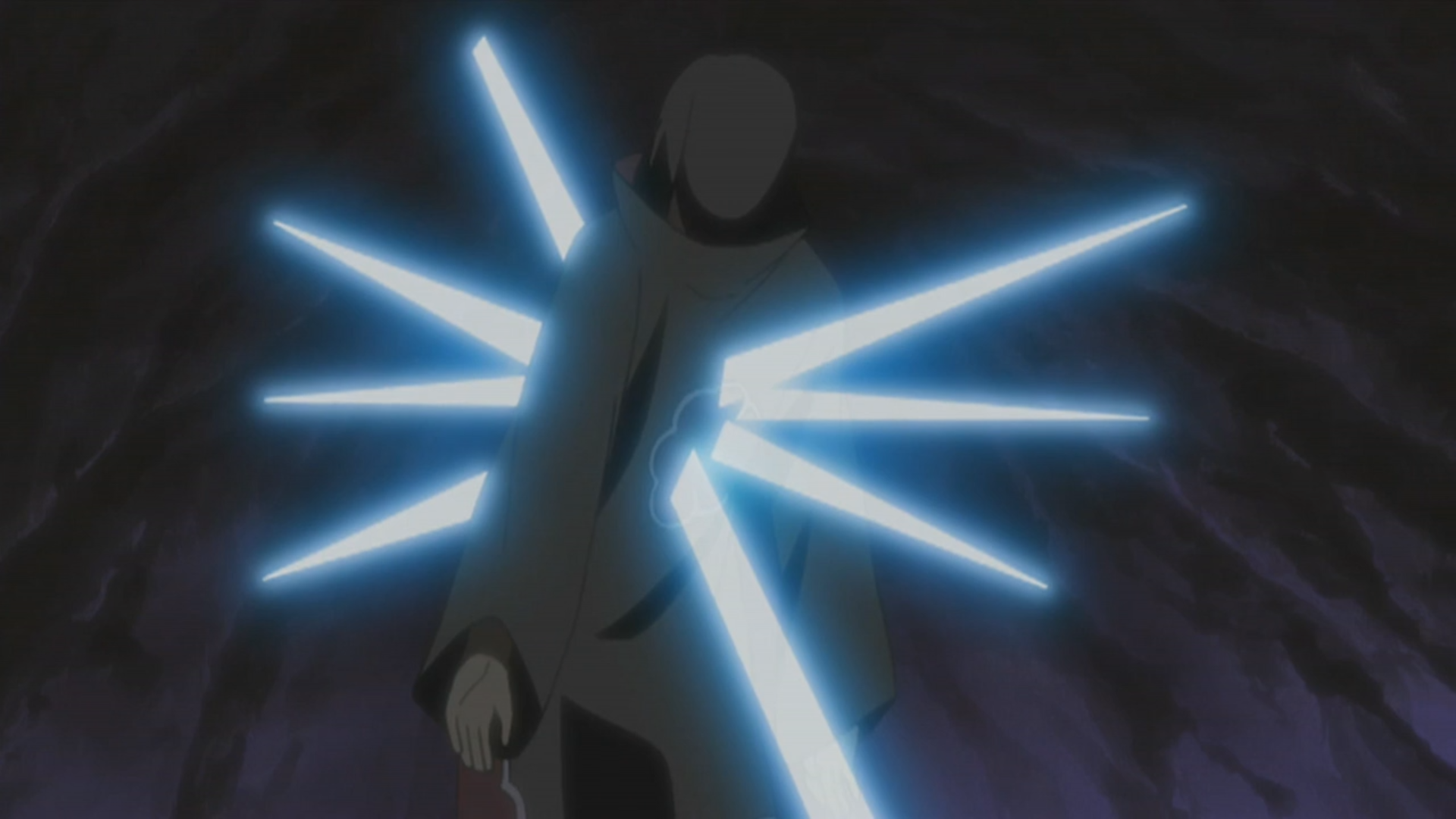 Handseals:
A-Rank: Monkey → Bird → Hare → Ox → Tiger → Bird → Dragon → Rat
S-Rank: Monkey → Bird → Hare → Ox → Tiger → Bird → Dragon → Rat → Snake → Monkey
Duration: Up to 4 Posts
Cooldown: Posts Used +2
Range: 20m
Power: 69/Vigor Stat
Speed: 69/Vigor Stat
Health: N/A
Stat Boosts: N/A
What it does: The user utilizes an advanced form of shape transformation to extend the range of Chidori into a spear-like shape to have a bigger impact on targets. The user's hand of their choosing glows blue through Lightning Chakra instantly, angling it towards a specific area and or target, as the chakra extends outwards into a spear-like form at jutsu speed, extending up to 20m maximum in length and a foot in width. The spear is incredibly sharp, having a sharpness equal to jutsu power which allows it to cut through and destroy nearly anything including physical and chakra jutsu that have power less than jutsu power/sharpness. Anything that comes in contact with the spear that has strength less than jutsu power by 20 or more, they will be paralyzed for two posts. Anything that comes in contact with the spear and has strength less than jutsu power, but between 1-19 points of strength, they will be only paralyzed for one post. Strength equal to or higher than jutsu power can resist this effect.

Additionally, Chidori Eiso is capable of creating extra blades that branch off into someone with the spear being the origin of the multiple blades should one be successfully pierced by the spear. The blades are created at jutsu speed and carry the spear's sharpness and power. Once created, they will attempt to extend outwards and impale the target at jutsu power/sharpness internally whilst growing outwards at jutsu speed. The extra blades created do not have the paralyzation effect of the spear, merely the power/sharpness, and the user can create 3 of them at maximum. The first blade created has an extra AP cost of 25, and any additional blades cost 10 AP each on top of the first one. The blades are noticeably smaller than the spear, being within 1-5m in length and an inch-6 inches in width.

Gimme one more hand seal for S rank and I think this is fine.