Rain Tiger At Will V7

Rain Tiger At Will V7

Appearance: The user creates rainclouds above their position, invoking a deluge of rain. 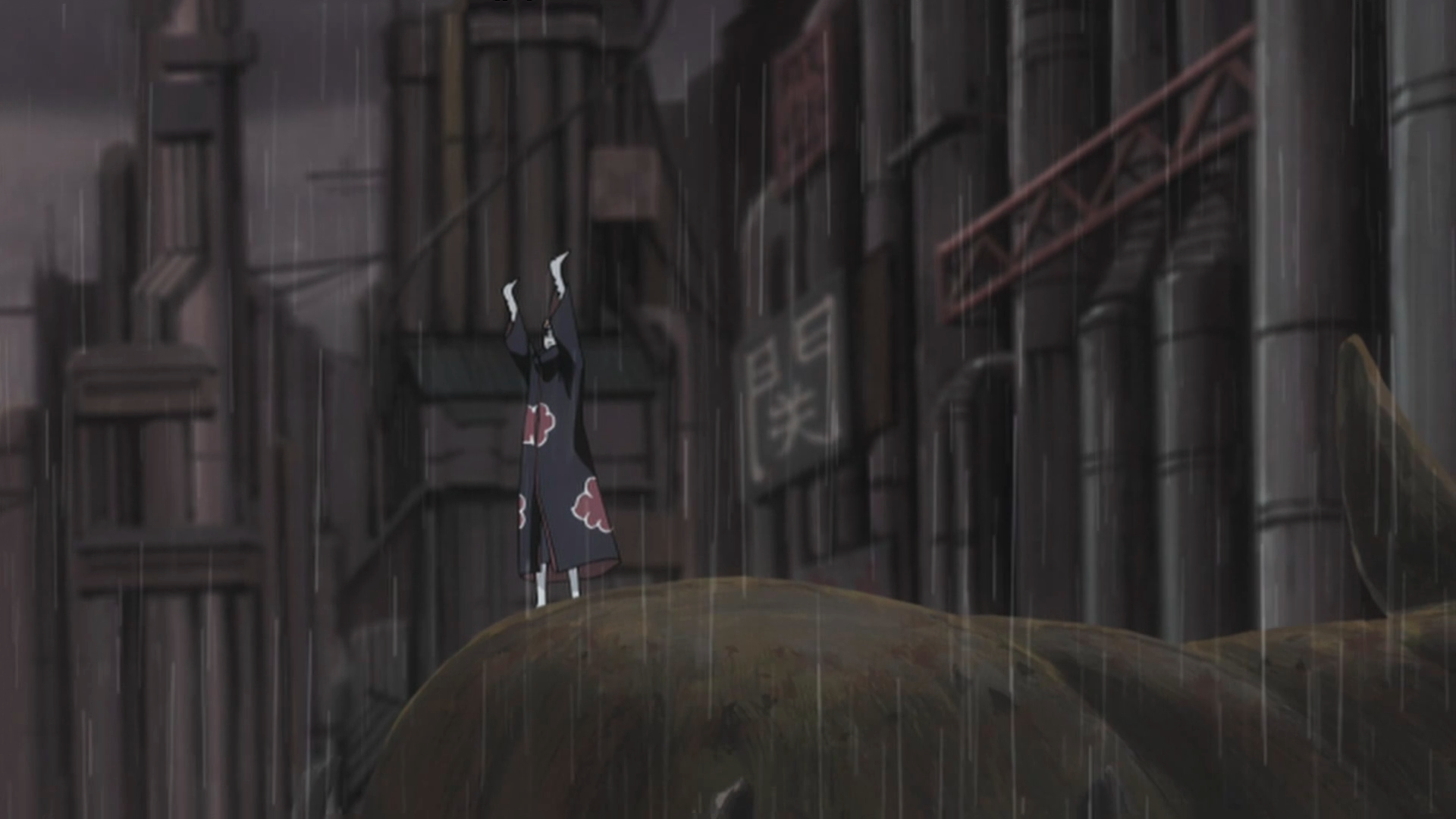 Handseals: Bird > Rat > Ox > Monkey > Rat > > Dragon > Ox > Snake
Duration: Up to 5 posts
Cooldown: Posts used +2
Range: 50m diameter, centered on the user.
Power: --
Speed: 60
Health: 60
Stat Boosts: --
What it does: Dark rainclouds coalesce high above the area of effect of the technique at jutsu speed. As soon as the clouds finish forming, torrential rain begins to pour within the technique's range. This technique does not move from its original position after being cast.

One post after activation, this rain will have formed puddles in the environment, which can act as a source for water release techniques. The minor flooding this technique generates persists after the technique has ended. The puddles start at 1cm deep, doubling every post that the rain persists until reaching a maximum of 16cm.

This rain and the resultant flooding are heavily laced with the user's chakra. Until the user stops paying upkeep, they (and those who share their chakra, such as clones) are the only ones able to use the water generated by this technique as a source for water release techniques. This effect does not extend to pre-existing water sources that the rain falls into.

If the user has the Sensory specialty, the rain is infused with their sensory abilities. They can sense through every raindrop, as well as the water on the ground created by this technique, able to discern the shape of anything the rain falls on to as well as pick outsources or masses of the chakra (people or jutsu) that come into contact with the rain or water.

Based on the Speed/Health of this, please add 2 handseals, adjust the WC to learn to 2750, and increase the AP cost to 50 Activation/25 Upkeep.

Personally I think that the cloud formation and beginning of the rainfall should occur in the same post. If we're looking for a way to describe the lag time between the cloud formation and rainfall, it could just be worded such that the clouds have to fully form before the rain can fall. Based on jutsu speed, that could allow for ample time of interruption by an enemy who is familiar with the technique. Otherwise the user is eating up a post of the total duration availability to form clouds that don't have a standalone effect. Then in the subsequent post, the user still has to wait for the rain to begin falling and puddles to form to use the water from either. IMO proceeding with it as written nerfs the tech quite a bit, which to me doesn't really seem necessary as the range has already been halved. Additionally it doesn't make sense to me because if the clouds and rain are created at the same speed, the 1 post lag time doesn't really align with the stats.

Regarding the "flooding" effect, this is interesting and could probably have a maximum depth dimension that scales off the length of posts upkept (i.e. after 1 post the puddles are 1cm deep, 2 post they are 2cm deep, etc.). Just an idea.

Updated costs, trimmed out my comments as per your suggestion so the rain and clouds form in the same post, and added a timeline for how deep the flooding goes.