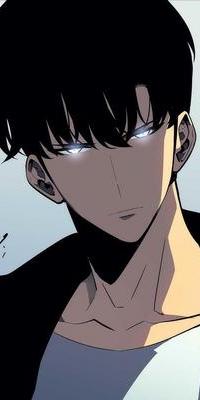 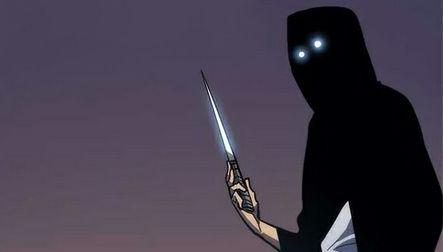 The majestic glow of the full moon was enigmatic - beautiful beyond what words could describe. The town appeared eerily vacant during the witching hour, abandoned by the villagers for fear of the wicked and nefarious deeds that happened when the sun begins its descent. Panicked footsteps echoed through the tight, narrow alleyway alongside bated breaths. The pungent smell of the criminal underbelly permeated the tense air. Anei would glance back, he had two pursuers following him. Blanketed in shadows, he couldn't make out there features, but he wasn't going to stop. Without knowing what they were capable of he would need to think carefully about his next move or it'd be his very last. "Shit, I should have handled that better, now these goons are on my tail." Anei's quick gait would take him to a fork in the road so to say. To his left, the path appeared to loop back behind to where he had started, but going back to the scene of the crime would be criminally inept. Taking the right path, he would quickly scale the fence with uncanny feline grace. Anei's expression was blank, phlegmatic and robotic in countenance. He could be seen wearing black, form-fitting pants. His tanto and both weapon pouches belted to the back of his waist. The lower part of his calves was bandaged and he was wearing the basic ninja footwear. The sleek silver of his headband worn around his neck gleamed in the faint, speckled light that shined through from above the tightly situated buildings. The two trailing him were somewhat skilled Anei surmised, they had no problem keeping up with Anei and the sound of their encroaching footfalls served to only increase the young ninja's heart rate.

Darting the corner Anei's poker face faltered for a moment. Before the young ninja stood a dead end, he was trapped. Turning around he would have no choice but to take matters into his own hands. Could he take the both of them he pondered as he drew the shimmering silver tanto from its scabbard? Steading his breaths, he pulled the hood over his head just before they breached the open space in the back of the alleyway. Anei stood confident before the towering worn, brick wall behind him. Menacing, ominous, haunting blue eyes glowed beneath Anei's shadowed visage. Ethereal and otherworldly, he was resolved to see this through. Sometimes confrontation was simply unavoidable, Anei knew this all too well. In a Ninja world as corrupt and ripe with injustice, he would have to fight to simply survive. The two pursuers stopped just 10 meters from Anei. They smirked maliciously, licking their lips greedily as one unsheathed a sword and the other two hatchets. "You thought the Big Boss would let you escape? No one crosses us and lives to tell the tale!" The bald one with the sword spoke first, his voice rough and scratchy. His marred face told Anei that he had lived through many fights, his stance was offensive. He was quite large, though mostly toned and he had at least a good two feet on Anei. "Big Boss will pay us well for your head, whatever you took hope it was worth your life!" The other consigning his partner's words. He appeared to be less battle-trained, the way he was postured helped Anei come to that conclusion. Perhaps he should take him out first so he could focus on the more immediate threat. He was a thin young man with matted short orange hair.

"Know you stand at death's door and before you is its usher. " Anei's monotone voice would carve the ambiance of the night. Anei would have preferred to not kill anybody in a town he was passing by, especially if he wasn't being paid to do so. However, Anei had been left with little choice as they encroached slowly, undeterred by his panache. Though the younger man seemed to flinch at his words. The around him was full of the scent of death. Anei was unafraid, unwavering and determined, though still the thought of could he take them both lingered in the back of his mind. He had no intention of dying here, in some backwater village to the hands of sheep. The idea itself was egregious in nature. The boy's thin lips would curl into a devilish smile whilst he watched like a predator surveying it's prey. Anei would have to show them the difference between them. His grip upon the tanto in his left hand tightened, his other hand placed in his pocket. "Such big talk from a boy who's been running from us for so long! You think you can kill us?" The bald man's abrupt laughter was unnerving and unapologetic in its derisive tone. The information he had stolen was too valuable to return. Not that he presumed they'd just let him live if he gave it back. The criminal world wasn't a forgiving place, but neither was Anei. He had been on his own for the past two years. Someone as young as him didn't simply survive due to great luck. No, it was through sheer will.

The will to see the sun tomorrow.

"Kill? Your lives were forfeit the moment you followed me too far. This will be the last of your story, the devouring black awaits your inevitable return. What was will be, what will be was... "