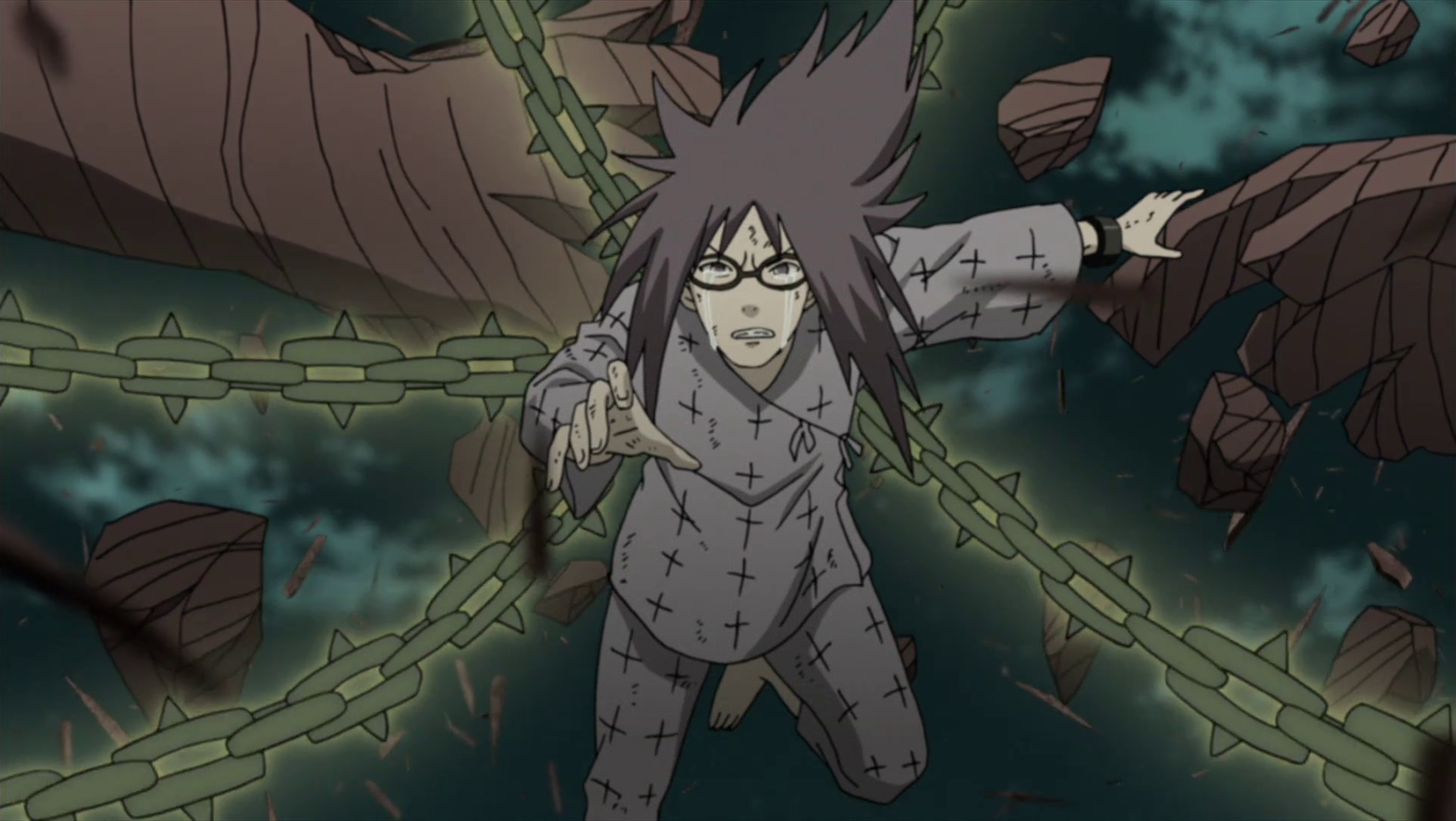 Chains carry a glow which color can be chosen based on the user's preference. The hooks and spearheads of the chains can also be stylized depending on the user.

Handseals:  N/A
Duration: 3/4/5 Posts
Cooldown: Posts Used +2
Range: 5/15/25 Meters
Power: 20/40/60
Speed: 20/40/60
Health: 20/40/60
Stat Boosts: N/A
What it does: The user is able to produce chains from any of the 361 tenketsu points on the body. With Ninjutsu, the user simply produces the chains with chakra, but with Fuuinjutsu, a seal about 1 inch in size appears on the tenketsu where the chain(s) on the user's body is being produced. The seal forming is instantaneous. The chains can be up to an inch-1 meter in length and 1-2 inches in width, but it should be noted that the chains expand to specified size once outstretching from the user's body. They also naturally pass through the user's armors, weapons, and items. As part of the designs, the user can add spearheads to the chains if they choose to, following the creation rules and having a sharpness equal to jutsu power. Chains cannot also change designs once created.

Chains are fired at jutsu speed and can be freely manipulated and retracted within range at jutsu speed, allowing for the user to restrain, stab, being used in a whip-like manner, etc. The overall chain construct(s) have power and health equal to jutsu power and health. The number of chains that can be active within the duration of the jutsu is 3/5/7. Chains also share upkeeps with each other.

Approved unless another member of staff sees something.