Message reputation : 100% (1 vote)
Name: Fuinjutsu: Elemental Blast
Element: Fire/Wind/Lightning/Hikariton/Steam
Rank: A/S
Spec Type: Fuin/Nin
Backstory: In her time perfecting seal for the village hidden among the stars, Hikari has developed many seals designed for defense and support in order to enhance the brave men and women from the village hidden among the stars. In the past the kunochi strayed away from creating offensive seals due to a fear that her seal may be used to accidentally harm the innocent. However, with the declining skill of the average Hoshi Shinobi, Hikari felt he need to start developing seals to help the offensive capabilities of weaker shinobi. As such, the woman developed a jutsu that would allow even gennin to obtain A rank level jutsu without much practice. 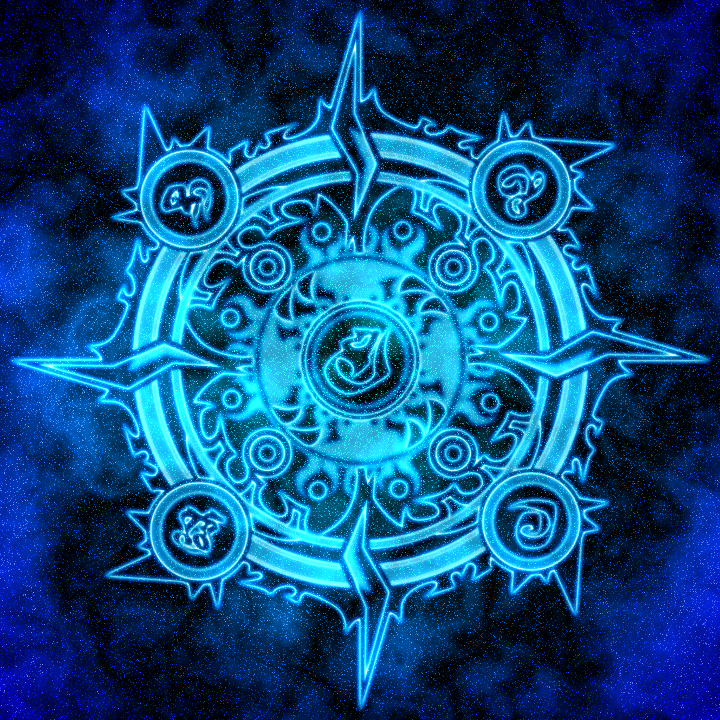 Seal is in the center palm of one's hand, and is about 1 CM in radius

Gathering up a large amount of chakra, the user is able to store it inside a seal and place it into the palm of ones hand. By focusing their chakra into the seal, the one with the seal placed on them can open the seal and release the stored chakra. The stored chakra will escape the seal and come out in a beam that shoots a blast of chakra, (See appearance for size) out in a straight line. The seal will disappear upon the release of the chakra and must be reapplied before using it again.

While storing one's chakra inside a seal, the user will need to infuse an element they know into this the stored chakra. Depending on what element the user infuses in it, a different effect will be applied to the laser.

Various rules about the seals
- One person can only have two of these seals on their person at a time. (One for each hands.)
- In order to prevent jutsu spamming, a seal can not be reapplied in the same thread that it is used.
- Each seal can only have one type of chakra stored in it.

Trial approved. (Mods will get that joke.)

Also, I am trying to come up with a size for the laser, but am drawing a blank. So I figured the mod on this might have an idea what would be fair.

Howdy, Hik. You got the (un)lucky draw and got me to trial mod this. I'll give it a proper run through tomorrow with you, but the things that just pop out to me.


- This being a Chakra stat S rank should cost 100 AP to use. While I fully understand that you have the "100 AP" cost in the application process, I will have to ask you to up this to 100 upon firing the laser. It is a hand seal free firing that is Chakra stat. This isn't as much an issue with you or this particular tech, but the iffy Fuinjutsu system in place now that allows such a thing that allows them to "prebuff" to their hearts content. Of course, all we can do until it is properly fixed is gently guide it in a direction closer to what it should be more like.

- Also, please give the application part some hand seals. You and I both know that the application process will happen in a thread as far removed from combat as humanly possible, so tossing some handseals on the part of the tech that places the seal shouldn't gimp its effectiveness and would make me feel a bit better about it.

- Cooldown. Gonna need one on this actually activating so that you can't just back to back "fire da lazuh". I'm new, and I don't have a suggestion but I'm happy to work with you here.

- Lightning allows you to ignore water techs of higher power clashing with it? If so, that is something I'm not keen on. Please elaborate on if this was your intention or not with the tech. Also, please specify that the tech travelling through the conduction cannot travel more than its specified range remaining (ie if it travels 66 meters and then hits something that is conductive it can still only travel the remaining 34 meters. This is probably what you meant anyhow, but having something in there specifically stating it helps prevent the vague factor.) In all honesty, I like the concept but dislike what it can do synergy wise with something like Rain Tiger at Will. Flood the ground and then get a 100 meter AoE? I'll give it that the half speed makes me feel better about it, but something to note moving forward.

- Light says it ignores Medical based DR. Might I ask why that is? If I had to guess this is something in at least one of your other techs and you probably already answered this, but I don't wish to hunt it down if it can be helped. Medical can literally regrow organs and tissue without second thought, so why would "radiation" prevent this? I just seek clarity on the matter so that I can assess it better and all.


Hope I didn't pick it apart too hard.

I await your response.

I would call myself lucky!

2. Fuinjutsu's that are at melee range pretty much never require handsigns, but once again, I'll do it since as you said it doesn't matter.

3. The thought behind the no cool down is so that two lasers could be fired at the same time. I added a "In order to prevent jutsu spamming, a seal can not be reapplied in the same thread that it is used." Clause in the jutsu to prevent what you were saying, but I can change more if you wish.
4. That was kinda the thought, but I can understand the issue now that you put it that way. I'm cool with changing it, what would you recommend?

5. So I can go into a long science lesson for you, but here is the TLDR: Powerful light cause light radiation that can permanently alter cells to create cancer cells. Medical jutsu's would attempt to regenerate the cells, but due to these cancer cells would cause issues with it. I have had permision to do this in the past, (Actually, Valen and I came up with the idea at the same time, but I apped it first and he thought someoneelse gave me the idea from him.) but I was told that I would have to drop other things for it, so I just gave up on it. I can link you to some of those rulings if you wish.


Edit: PSSTTT!!! MAX! I STILL NEED HELP WITH THE SIZE!

1. You are right, I'll make a note of it and let the full mod make the judgement call. Fuinjutsu is just an odd spec sometimes lol

2. Thank you much. Didn't think such would be a huge concern.

3. Considering the inability for reapplication in the same thread, such doesn't seem too bad to me. Just don't go making any silly "seal automatically reapplies" effects. I quickly looked over what you had and I didn't think I saw anything like that. Should you have something like that, I ask that you bring it to my attention, please.

4. hmm. That's a tough one. Perhaps if the water tech that is strong enough to just snuff it out (20 or more power iirc) hits the beam it dies, but if it doesn't outright it can continue to travel through it at a reduced range and speed. I like the half thing you have already for speed. Possibly range too? I dunno. What are your thoughts?

5. Yeah, I get that it can create cancerous cells, but Med can also regenerate lost limbs and organs, return life to the dead, purge the body of outside toxins. Medical Techniques on site are far more potent than real life medical practices. Does this effect that ignores it ignore barriers, or just DR effects that are described as "rapid healing"? Does it ignore medical barrier effects that produce DR?

My big concern is that this is both a laser attack and a medical debuff of "chakra stat+". Medical Techs that provide DR (debuff incoming tech) typically do just that and not much of anything else. This debuffs their techniques and hits them with a big ol' laser at the same time.

I would be far more willing to let this sort of effect stay if it follow more standard debuff numbers. That would be 50 for A rank, and 70 for S rank. Could say due to the mutations and cancerous cells the medical healing effect has a harder time or something along those lines.


As for the size of the laser beam, I really don't know. Considering its beam status, I'd thing that it shouldn't be too large. Maybe a few meters wide in diameter? Do you have any preference to the size? Do you want it to be bigger, or smaller?

Just woke up and already exhausted, here is what I did.

1. Added a line to the Lightning style jutsu.

2. Changed that part of the light style.

Also, I was thinking pretty small. Going to be honest, I was more thinking like an Iron Man laser blast, but I couldn't find a gif of it. 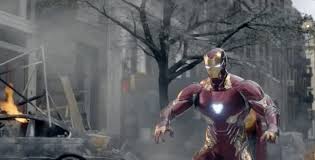 Thanks for the visuals, Alice.

Thank you for the edits and updates, Hik.

1. Does this effect that reduced DR work on medical barrier effects that produce DR, or just DR effects that are described as "rapid healing"? Just looking to clarify the details here.

2. "Man made out of iron" has a beam that looks fairly small. This looks to be a handful of centimeters. Could make it like 5 centimeters wide.

3. Bullet. I have had enough nightmares with lasers that move from CL. A small bullet is just easier to manage.


Edit: found an Image I want!