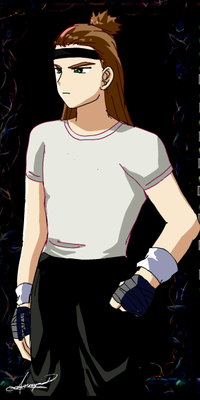 Mook was walking towards the Hoshigakure academy with a spring in his step, today was the day he would be able to take the Genin exam. Lately Mook had been training long and hard in order to prepare himself for the exam, and now the time had come. As he was approaching the academy he felt a rush of excitement and joy flow through him, if all went well today he would finally be on the path to becoming a fully fledged ninja. He walked through the academy building gleaming with confidence, "today's the day" he thought to himself as he approached the exam room he was assigned too. He opened the door and stepped into the large open room ready for the task at hand. 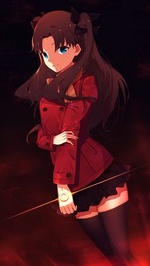 (Taking this, this way val can aprrove.)

It was another wonderful day in Hoshi as the jounin had been sitting in her desk, yawning. It had been an early morning fir her, and her eyes had started to bother her again, keeping her up all of last night. Either way, it didn't matter, it was her job to proctor exams roght now. So she would need to give her students the entirety of her attention.


As the fist boy walked into the he room hikari would smile. And say "Welcome, my name is Hikari Namikaze, and I will be your proctor for the today's exam.


To become a full genin, all you need theheodayso do is show me your allbility to use the transformation jutsu, and the clone jutsu, and a breif discription of how to use theheodayso he he he jutsu, you may be gain when you are ready."

As Mook entered the open room he saw his examiner sitting down, she had a look on her face as if she was tired but she was trying not to give it away, such is the way of the ninja they are always busy with something. She didn't let that bother her too much though as she gave mook a beautiful smile and welcomed him to his exam. Her smile was comforting to mook, and it helped calm some of the nerves that he had before the exam. She started to explained to mook what would be required of him before he can become a genin, she outlined that he would have to show his ability to complete the clone jutsu as well as the transformation jutsu. Mook already knew this as it was what he had been training the past few days in preparation for this event. He also had to give a brief description of the jutsu, he pondered what he would say about the jutsu. After a moment of thinking he was ready to begin his test.

In a nice clear voice he said "Clone Jutsu, This jutsu is a form of ninjutsu that allows one to make an intagible copy of themselves. The clone jutsu is primarily used to confuse or distract the enemy, it is for this reason that some ninja will combine this with other Ninjutsu in order to form some deadly combos." Mook had to calm himself down before he attempted the jutsu, there was no way he was going to let any nerves stop him from becoming a genin. He took a few deep breaths breathing in through the nose and out through the mouth. He went through his training once more in his head, making sure he had everything right and was ready to go. Once he felt settled and ready to begin he would look straight at his proctor. Mook then made the hand seals Ram, Snake, Tiger and concentrated his chakra "Clone Jutsu!", a puff of smoke appeared next to Mook and as it dissipated a clone of himself appeared. "Skilled ninja are able to form multiple clones, but currently at my level i can only form one. With a bit more training i am hoping to be able to form 2 perfect clones". Mook then released the jutsu and the clone dissipated.


"Yes!" mook thought to himself "halfway there now all i have to do is show her my transformation jutsu". "The next jutsu is transformation jutsu, the primary use of this jutsu would be deception. Through this jutsu you can transform yourself, maybe to a ninja of a different village to infiltrate them, or possibly use it in combat as a trap for your enemies. The jutsu is very flexible and thus is an important jutsu all ninja should learn". Mook then calmed himself down again and took a few deep breaths. He then made the corresponding hand seals Dog, Boar, Ram "Transformation Jutsu". A puff of smoke appeared and through the smoke Mook had transformed into a perfect mirror image of his proctor. "As you can see there is a lot of variety to this jutsu, but it is a difficult technique as you have to mentally maintain the form and constantly emit chakra, this one took me a little bit longer to learn than the clone jutsu" mimicking her voice. He then released the jutsu and turned back into himself, he was still a ninja in training so with the two jutsu plus the stress on his body from nerves he was starting to feel a bit fatigues. Mook had successfully completed both of the jutsu required of him and was surely on his way to becoming a genin. He was just hoping that the proctor would deem his skills with the jutsu to be of high enough standard for him to pass the exam.


"I hope what i have shown you today has been a good display of the jutsu that where required of me, i have been training extremely hard for this day and i thank you for allowing me to be part of such a great world. I hope that if i pass this exam and become genin then i could contribute to the world in a positive way and am able to protect those who are close to me as well as my village" Mook added this little dialogue at the end of his exam to try and ensure that the proctor would be more inclined to pass him. "Again thank you for your time". Was he really going to become a shinobi, was all of his hard work finally going to pay off? Mook waited in anticipation for what his proctor would reply with, making sure to keep a smile to hide his overwhelming nervousness.

Hikari would listen as the boy first started to explain what the clone jutsu would do. To Hikari's slight disappointment, all he really explained was the very basics of how it was used to distract enemies. While that was enough to pass, The boy didn't really explain much about how easy it was to tell the difference between it and a real body. For someone untrained it might be hard, but most shinobi would just look and see which of the body's casted a shadow, and would know that it was the real body.

However... the boys explanation was still enough to allow him to pass, so Hikari would mark a 7/10 on the boy's sheet.

As for the boy's creation.... the clone was really well done, however... the smoke made it slightly obvious which one was a clone, and which one was the real one. Either way, it didn't mater to much, Hikari herself made the same mistake in her own exam, so, she gave the boy the same thing Hikari had been given on her exam, a 9 out of 10.


As for the explanation of the transformation jutsu, it was pretty much right on, The only thing Hikari could nitpick was about how the boy didn't mention anything about changing one's voice, and even then, it was still well done. The Jounin would proceed to give the boy a 9/10 score for his well done explanation of the jutsu.

The final problem the boy was supposed to do was use the Transformation, which the boy would then transform into Hikari for.

"I AM NOT THAT FAT! INSTANT FAIL!"


The transformation jutsu was pretty much dead on, Hikari couldn't really notice any flaws in the jutsu. So, the Girl gave the student a 10/10.


With that, Hikari would add up the point total, a 35/40, a really well done exam, probably the best score she had given out this entire month. With that, the girl would raise her head and say. "Congratulations! You have done well enough to pass. Feel free to take a headband and this certificate, granting you the ability to become a Genin, best of luck out there."

With that, the girl would dismiss Hoshi's newest Genin, and would proceed to move on to the next student in line.


[Congratulations! You passed you are now a Hoshi Genin!

You can claim the following

15 stats
A specialty for your ninja (Either Ninjutsu, Genjutsu, Taijutsu, Medical, Space time, Puppetry, or weaponry.)
One Hoshi Headband
Genin Rank
And all the Free Jutsu for becoming A Genin.

And once it is approved, post here for your Icon to change.

Best of luck out there!

Mook was eagerly awaiting the proctors words, and when she uttered congratulations his face was engulfed with a huge smile. YES! he thought to himself, he had done it. Mook was overwhelmed with excitement and was ready to embark on this new journey in his life. "Thankyou very much for this opportunity i hope i can contribute positively to this village with this new found vocation"