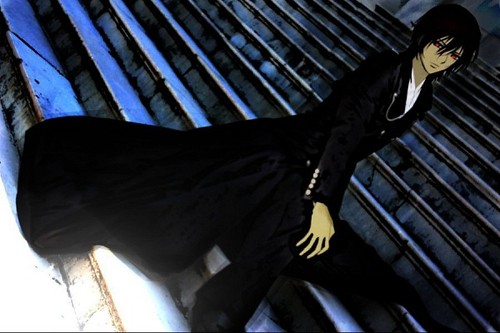 Pre-leader:
Introducing Naoki!:
A Jounin of Shimagakure with the blood ties to the Uchiha clan, the young man of 22 spent half his life studying the powerful and exotic arts of Fuuinjutsu and Spacetime ninjutsu.
End of Peaceful Life:
Naoki leads a mission during which he two of his closest friends die, a girl, Nami, and a man named Kaito. Both of them were his genin teammates. At the sorrow of such loss Naoki activates his Sharingan.
Chilling with the plebeians:
Leader of Shimagakure named Kaede calls Naoki and Shinto Senju to test the worth of his Jounin in a fight, for the preparation to host representatives of another village.
Finally. Meeting Taki representatives:
Representatives of Takigakure arrive! The leader Saiga and his companion Shingetsu are met at the gates.
Oh boy... Pina Colada. Negotiations:
Naoki and Kaede engage in the negotiations with Takigakure, which lead to a successful treaty, an alliance between two villages.
Party Time:
To celebrate this new found alliance, the four go to a party, where after a drink or two, Naoki and Saiga have a little fun in a fight. Naoki demonstrates his newest ability called Sunfly, which clashes with Saiga's metal manipulation, the match ending in a draw.
Resounding Success:
After the representatives leave, Naoki meets the leader in the village, where Kaede rejoices on the successful alliance. Naoki requests a rematch for the fight he lost to the leader before the negotiations. The match is joined by a Chuunin named Sanada and it ends in a draw.
Caving Time!:
Being bored with his studies Naoki looks for a fun and useful pass of time. He finds Sanada and together they do a little cave exploration, during which Naoki recognizes the Chuunin as a worthy companion.
I would like to play a game:
The Jounin and Sanada come together to play a game of Shogi. After a few intense rounds they agree to take a break for a day. Naoki appears to be winning.
I would like to play a game round 2:
The following day the two meet again and continue the match. Naoki wins it and then wins a second game.
The Unexpected:
Naoki leads a team of Chuunin, including Sanada on a training mission. In a sudden attack Sanada's lung cancer becomes apparent. Naoki rushes him to the hospital, but his friend cannot be saved and soon dies.
A refugee of sorts:
Naoki finds himself at the harbor, where he is recovering some materials for his first artificial body. There he finds a woman at the gates. Kaede appears and invites her into the village but tells Naoki to keep an eye on her.
Stories of other Walls:
After the leader allows the woman to become Shimagakure's Jounin, Naoki decides he should meet her and have a talk, learn what kind of person she is and how she happened to come to his village. After his questions are answered he ends up teaching her a few things about Fuuinjutsu.
Beautiful Day:
Naoki captures and detains his former compare Shinto Senju, who has abandoned his duties and failed his village.
I need to party more:
Kaede calls Naoki and explains to him that he is stepping down and that the Uchiha is to take up his mantle as Shimagakure's leader.

Leader of Shimagakure:
Bleh Posts:
Naoki received a known medical ninja's apprentice who later summons his master Denkiteki, who Naoki invited into Shimagakure. The two make a deal, Naoki sacrifices his arm to gain an arm transplant of Rin the former Senju clan head. Having admired the man, the Uchiha also proposes to trade Rin's corpse for Shinto Senju to Denkiteki.
Stay Vigilant:
Naoki makes the first exemplar, Vigil.
Enter Maku...:
Maku, leader of Yukigakure, arrives at Shimagakure. He, Naoki and Denkiteki meet at a bar. Den reveals his status as a former Tenkage, now branded missing ninja after his village was taken over and asks for help finding people responsible for his friend's murder. Both Maku and Naoki agree to help.
I'll sing you a song...:
Naoki after receiving a letter from someone calling himself The Dragon, who asks for asylum in the village, goes to meet this man outside the storm barrier and after hearing his story allows him in.
A breakthrough:
Naoki has a training block so he gets drunk and stuff. And when he comes back to his senses he has a breakthrough in mastering a technique.
One such day:
Naoki trains with Vigil as Den approaches them. The former Tenkage makes Naoki a very interesting gift. They talk for a bit and after being suggested Denkiteki agrees to take Vigil as his apprentice. They later agree to teleport to Tengakure in order to make sure Naoki's invitation to Rin's funeral is well received, as well as to hopefully lay some ground for an alliance and figure out the situation with Amegakure.
Loser Marvels:
After teleporting to Tengakure Naoki and Den are swiftly attacked. Den and the current Tenkage settle their grudges in a fight that Naoki is forced to observe. After Den seems to be defeated, Naoki is asked what he hoped to achieve by coming there, explaining his reasons he is invited to follow the men to Amegakure to see it for himself.
Rain drops keep falling on my head:
Naoki arrives at Amegakure with a number of other people, including Maku whose goals appear to be destruction of the village. Not being able to be of much help to either side, Naoki enters the village during its destruction with Vigil to collect valuable details. When the village is destroyed Maku and practically everyone else teleport to Kumogakure, taking Vigil with them. Afterwards Naoki realizes that Xyxer heads for Shimagakure and teleports there in order to save his village.
Hey you:
Naoki manages to successfully evacuate the village, but is forced to destroy the barrier protecting it, to cover his people's escape. When Xyxer arrives, Naoki talks to him and eventually he agrees to serve, if his people are spared.

Herald of Kirigakure:
Could this be it:
After being commanded to head to Kumo, Naoki teleport to Vigil, who he correctly guesses to be there. He finds an aftermath of a great fight and extracts his Exemplar from the village.
An update:
After reporting back to Xyxer what he saw in Kumogakure, Naoki is sent back to the other village.
One more for the road:
Naoki and Vigil assist Youka in a fight, ending up destroying whole of Kumogakure.
Business as usual:
Naoki and Vigil meet Youka in a hut some time after the fight in Kumogakure. There they exchange information and distribute the spoils of the battle.
Caverns of Mind:
While Naoki and Vigil meet with Youka, Naoki's wood clone interrogates and recruits his captive Uchiha named Hikarishi.
Paths of the Lost:
Naoki is soul searching in the mountains of Lightning Country. He stumbles upon the Shrine of Etro and sets in, then sends his clone to Kirigakure to finish his objective.
Strange...:
Naoki makes certain preparations and then detects Hikarishi's signal dropping and teleports to investigate.
On the Edge:
Naoki finds Hikarishi's and a female's bodies burned by Amaterasu flames. While working to bury them with the help of a stranger he makes an interesting discovery about Denkiteki.
Transcendence:
Naoki's teleportation malfunctions and he is sent drifting through time, almost a year into the future. He breaks out but struggles to get his bearings while injured and unsure where and when he is. During this struggle he finds his answers with the help of his second MS technique, Ashuku.
Journey homeward bound:
Naoki returns to the temple of Etro only to find it absolutely destroyed. He finds his sunflies left for the Kiri-nin are gone. Vigil is summoned and helps treat the injuries while reporting on what has been happening in Kumogakure. Naoki learns that Maku Jemuzu is starting to lead Kumo and preparing for war. After sending Vigil back and instructing him to wipe his own memories Naoki teleports to Kirigakure.
Sound of a dolphin calling:
Naoki returns to Kirigakure. The Mizukage Xyxer greets him with an attack, but soon takes a more friendly stance. Naoki requests to see how the village is doing and they go out, discussing various things and analyzing one another. In the end Naoki is allowed to stay in Kirigakure for a while but is tasked to inspect the Jinchuuriki of the village. He is also told that in the future he will have to go to Funkagakure.
Honey I'm home:
Xyxer returns to Kirigakure along with a recently defeated 8 Tailed Bijuu. Naoki is summoned and upon Xyxer's request seals the beast inside Mizukage.

Deputy Mizukage:
Where the wild things are:
Naoki is requested by Xyxer to deal with a potential Bijuu threat. A Jinchuuriki of the village is suffering from a strange condition and it is soon discovered that the beast inside him is dying from unknown cause. With no hope of the boy's survival the Mizukage decides to end his suffering.
Arise, Kirigakure!:
Naoki observes as Xyxer mobilizes and rallies the village of Kirigakure into a war on Konoha.
Lament for the fallen:
Naoki visits the graves of his fallen comrades.
Same walls, new stories:
Naoki counters an old acquaintance Rakka while working on his second Exemplar.
What lurks in the silence?:
Xyxer returns from his campaign and summons Naoki for a short talk. The Mizukage informs Naoki that he will be sending him to represent Kirigakure in Chuunin Exams in Konoha.
I am Asami:
Asami, the female champion of the Chuunin Exams in Konoha, is attempting to escape the Mist to investigate the deaths of her parents. Naoki finds out her intentions and after failing to persuade her to stay allows the girl to go as an official wanderer of Kirigakure.

Gokage Summit:
From the Misty Isles:
Xyxer takes Naoki and Aryll as his bodyguards to the Gokage Summit. Naoki teleports the three of them to the Iron Country where the summit is to take place.
Target in sight:
While traveling through the Iron Country to the place of the Gokage Summit, Naoki prepares. He recalls Vigil from his long mission in Kumogakure and obtains all the information available.
Gokage Summit/Ryu's invasion:
Xyxer attends the summit, while Naoki works to stop an intrusion. The summit fails spectacularly.

The Endgame:
Just called to say I miss you:
Xyxer calls Naoki to discuss their situation and the upcoming war. Eventually the Mizukage decides to attack all three remaining villages at the same time, with an ANBU operative having been previously dispatched to Kumo, Naoki being tasked with bringing Hoshi into the fold and Xyxer taking majority of the Mist's forces to claim the Sand.