Kenchi strolled through the village looking around and observing every detail. No one was around, the village seemed very vacant indeed. Not a single sound could be heard throughout the village. Still Kenchi ignored it, he liked it better this way anyway. That way no one would interfere with his training. He had just purchased a summoning scroll and he was eager to try and test it out in a spar or something. He steadily walked through the village until he finally arrived at the beach. He looked around some more and saw that no one was at the beach either. "Well I guess I got the whole place to my self." Kenchi said aloud to no one. He then walked down the center of the beach and stared at the water for a few seconds before finally gathering up enough courage to open the scroll. He reached behind his kneck and grabbed it. He then knelt on one knee and placed the scroll on the ground. He slowly unrolled it until it was fully opened. He starred at the contents of the scroll and slowly sighed. He was afraid of what the scroll may unleash upon the village. Maybe a ravging monster would come out and he would have to destroy it. Maybe it would be too strong for him to destroy and it would end up killing him and destroying the village. Finally, Kenchi said, " Whatever happens... happens."

He quickly bit his thumb and slapped his hand down onto the scroll shouting, "Summoning Jutsu." After a moment of silence nothing would happen. "Dang scroll, what a waste of cas-" He was beginning to say before a small cloud of smoke appeared in front of him. His hand instinctively fell to his side, grasping his katana. He waited for the smoke to unveil the beast he had summoned.

"Daddy?" Said the voice inside the scroll.

"What?" Kenchi replied, puzzled at the response from inside the smoke. The voice did not sound menacing at all, instead it sounded like a kid.

"Daddy!!" Shouted the small raven as it ran towards Kenchi, its wings spread wide attempting to embrace him.

Kenchi did not know whether to run or cancel the summon, so instead he just stood still and let the raven embrace his kneecap. Kenchi figured he must have been the first person the bird saw and that was why it thought he was it's father.

"You seem to be mistaken." Kenchi said as he removed the birds wings from his kneecap and lifted it up with the palm of his hand. " I am not your father, I just summoned you."

The baby raven looked at Kenchi with a confused look on its small face, ".....whaaa whaaa!"

Suddenlt the bird began to shiek loudley, Kenchi guessed it was the birds version of crying. "Now now, don't cry or screech or whatever it is you are doing. I summoned you and I believe that it is fate that we met... How would you like to be my partner." Kenchi would say with a slight warming smile.

"R-really. Me and you? A human and a Raven. Let's do it." Said the now reveamped and more happy raven.

Kenchi smiled and lifted the raven onto his shoulder and said, "So what can you do, I mean you do have some special power, like can you transform into something?"

The raven batted it's eyes at Kenchi and said, "Find me someone so I can show you."

Kenchi walked through the quiet village looking for someone who could be of help to the raven and Kenchi. Kenchi finally saw a young boy and motioned over with his hand for the boy to come to him.

"Do it now." Said Kenchi to the bird.

The bird closed it's eyes and reopened them, starring directly into the eyes of the kid. As soon as he did this the kid immediately froze up, his face going from playful to frightened in an instant. Must be some sort of Genjutsu. Kenchi thought to himself.

After about twenty minutes the kid snapped out of the Genjutsu and took off running. "So, that is your ability, interesting, though I have never been to fond of Genjutsu, but yours is cool." Kenchi said to the raven.

"Really, you really think so?" Said the raven

"Yeah, I like the way you make people... stop moving. If we used this in battle it could leave the oponent open to attacks by me." Kenchi said to the raven.

The raven remained quiet and then said, "Are you a killer?"

"What?" Said Kenchi not expecting the sudden question.

Kenchi remained silent for a moment and then said, "I have killed people. It is not something I am proud of it is just something that happened. Foolish actions of people sometimes deserve death." Kenchi waited for the ravens response.

"I am not a cold blooded killer, I just do not know how to controll my anger sometimes." Kenchi would say as he stared down at the ground. He was ashamed of his recent ill behavior.

"No worries, I've probably killed more than you." Said the bird.

Kenchi did not dare to dig into what he said he just headed back to the sea to end their meeting. He was glad to have met the small raven. He hoped they would meet agaion in the future.

"Well, I guess thats it for today." Kenchi said shrugging. He was disappointed that he had to return the raven back to its world.

"Aww well bye." Said the raven before disappearing in a small cloud of smoke.

It was a strange bird indeed. Kenchi thought. Though he was a little happy, he had finally made a contract today. 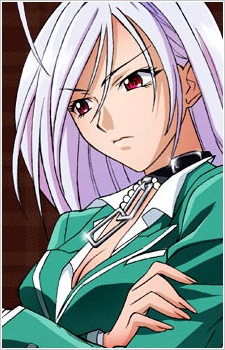 Re: A Blood Contract [P]